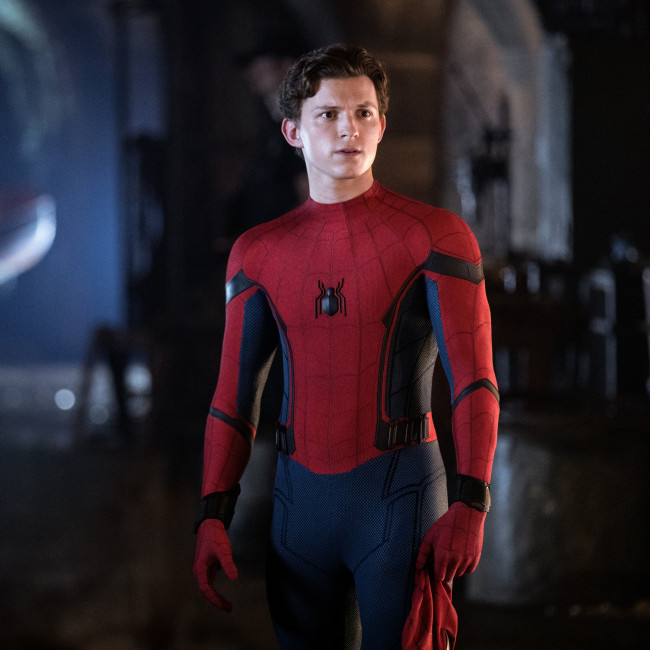 The official name of the latest flick with the web-slinging superhero was unveiled on star Tom Holland's Instagram account. It comes after cast members Tom, Zendaya and Jacob Batalon had pranked fans by posting a number of fake titles online.

In a video posted on Holland's social media, the 'Spider-Man' lead is seen leaving director Jon Watts's office before having a conversation with Zendaya (who plays MJ) and Jacob Batalon (who plays Ned Leeds) and pokes fun at Tom for accidentally revealing the title of the last movie, 'Spider-Man: Far From Home'.

In the clip, Tom says: "Gave us a fake name again. I just don't understand why he keeps doing things."

Jacob replies: "You don't understand? I feel like it's pretty obvious. You spoil things."

Tom, 24, has also revealed that the upcoming movie is his last contracted picture in the Marvel Studios and Sony Pictures franchise but he admits that he would return to the role "in a heartbeat" should the opportunity to play Spider-Man in more films arises.

He told the website Collider: "('Spider-Man: No Way Home') would be my last one (under contract) so I've always said to them if they want me back I'll be there in a heartbeat.

"I've loved every minute of being a part of this amazing world. It's changed my life for the better, I'm so lucky to be here. If they want me back I'll be there, if they don't I will walk off into the sunset a very, very happy person because it's been an amazing journey."