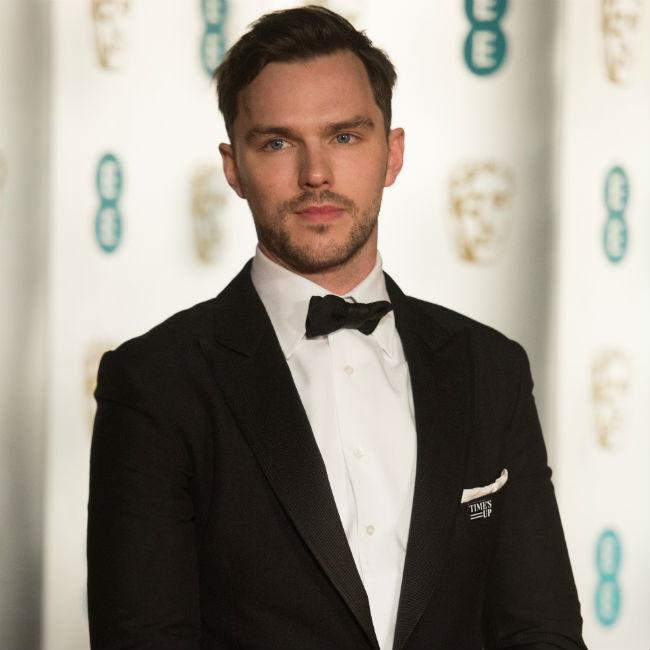 The 30-year-old actor stars opposite Elle Fanning in historical satire series 'The Great' and though the pair had to shoot a number of intimate moments together, things never got awkward because the production team handled things "very delicately" and they were also just as comedic as the rest of the show.

He said: "The sex scenes are handled very delicately and they make sure everyone on set is safe, happy and content with what's happening - but they are quite bizarre and technical to shoot.

"I think all of us are laughing throughout the sex scenes. If they were serious sex scenes, I don't think I'd be interested in doing them in the show - but these scenes were different."

Adding to the comedy of the moment were the bizarre forms of contraception used by Catherine the Great and Peter III.

Nicholas - who plays Peter - explained to OK! magazine: "In one scene, there are sticks being waved across Catherine's belly while the doctors are icing my testicles. Apparently, they're real things that were tried back in the day.

"They also said you have to ejaculate on the hundredth thrust for it to work, so there were people counting out thrusts while we were trying to make love. Scenes like that become very comedic.

"Apparently, lemon tops were used as a contraceptive back then too. So the show is historically accurate throughout!"

The British star enjoyed filming with Elle as they have similar approaches to work.

He said: "Elle and I work in very similar fashions and I don't know if that's because we were both child actors. We've grown up in the business and aren't set in our ways. It's fun because we like to push each other and test boundaries."