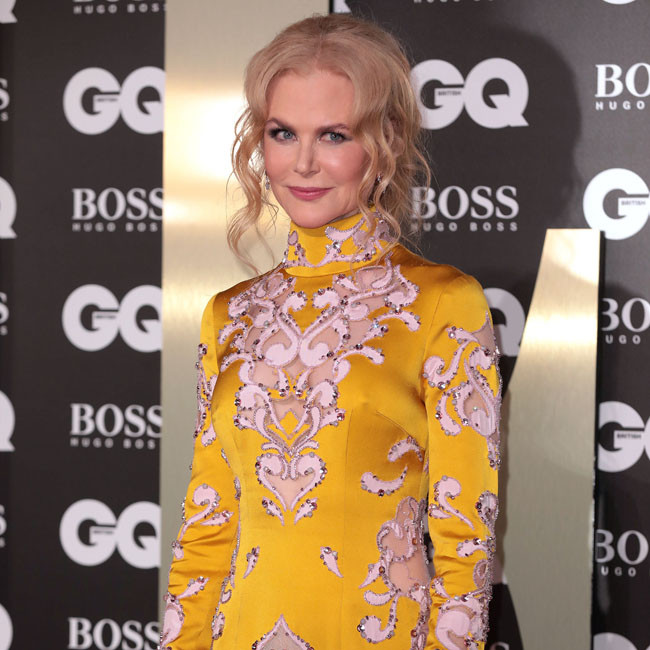 Nicole Kidman pledged to star in female-directed projects on a regular basis.

The 54-year-old actress has explained how a conversation with Meryl Streep at the Cannes Film Festival was a moment of realisation about the lack of opportunity for female crew members in the industry and inspired her to make a difference through her career choices.

"There was a lot of talk about how things were changing. But then I was like, 'We've actually got to do something.'"

She added of her female projects vow: "It was my way of going, 'Hold me accountable.'

"My commitment to this industry is that I will give a platform for new voices to come forward and they can piggyback on me... That's part of the 'paying it forward'."

The 'Big Little Lies' actress continued: "I could rest. Or I could actually do what I'd promised I'd do. Sure, I'm tired. But at the same time, I feel this strong sense that I need to stop talking about it, and actually... do it."

Nicole is currently starring alongside Javier Bardem in Aaron Sorkin's movie 'Being the Ricardos', which tells the story of 'I Love Lucy' co-stars and lovers Lucille Ball and Desi Arnaz over a week at the height of the couple's fame during the 1950s and she was grateful that the movie resisted the temptation of a "happy ending" - as the pair would divorce in 1960.

She said: "It's about a creative and romantic relationship that doesn't work out. But from it came some extraordinary things. And I love that. I love that it's not a happy ending.

"This film says you can make an extraordinary relationship thrive and leave remnants of it that exist forever. Yeah, that's really gorgeous."

Nicole continued: "You can't make people behave how you want them to, and sometimes you're going to fall in love with someone who isn't going to be the person you spend the rest of your life with. And I think that's all very relatable. You may have kids with them. You may not, but they were very much in love."