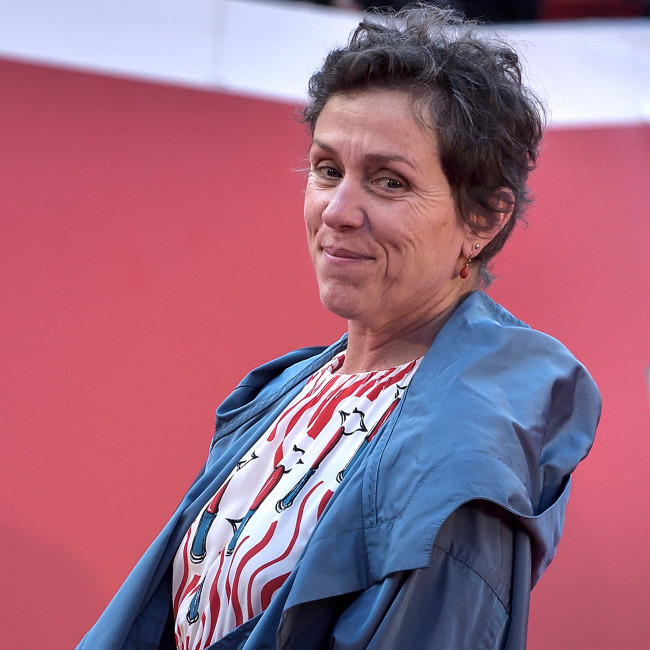 'Nomadland' was the big winner at the 2021 Gotham Awards.

It's the first time in the three-decade history of the prestigious awards show that all the Best Feature nominees were motion pictures helmed by women, with ‘Nomandland’ beating off stiff competition from Kitty Green’s ‘The Assistant’ and Eliza Hittman's ‘Never Rarely Sometimes Always’.

The late Chadwick Boseman and Viola Davis were honoured with the Actor and Actress Tribute prize, while Steve McQueen won Director Tribute, Ryan Murphy took home the Industry Tribute and the first-ever Ensemble Tribute was handed to Aaron Sorkin’s 'The Trial of the Chicago 7' cast.

In her speech, Viola thanked the awards for “recognising” the late August Wilson's "work” on his play of the same name that 'Ma Rainey’s Black Bottom’ is based on through her.

She said: “White people have always made themselves the custodians of the Black experience; well, I’m so honoured to be a part of a legacy of autonomy and agency. August Wilson was able to chronicle not only the history of Black America but also able to show you our humanity. How we loved. How we dreamed. How we hoped, how we get mad, our humour. Thank you for recognising August’s work through me.”

Lupita Nyong’o paid tribute to '12 Years a Slave' director Steve McQueen in a pre-recorded video, in which she applauded him for "capturing an alchemy of raw, hybrid emotions".

She said: “He’s interested in what history and the imagination have to say about who we are … In ‘Small Axe,’ he’s speaking to history but also telling us about his story. The connection between Steve’s story and the larger social context is what makes these films so resonant. They are a timely reminder of what has changed since and, more importantly, what has not. These films inform, educate, inspire, leave us hopeful, sad, and joyful. Only Steve can capture such an alchemy of raw, hybrid emotions.”

Riz Ahmed and Nicole Beharie were the recipients of the Best Actor and Best Actress awards for 'Sound of Metal' and 'Miss Juneteenth', respectively.

The former thanked the late Chadwick Boseman, who was also nominated in the category for his role as Levee in 'Ma Rainey's Black Bottom’, in his acceptance speech.

He admitted: “It’s been a hard year for all of us."

Elsewhere, there were two major ties, with both 'Time' and 'A Thousand Cuts' scooping Best Documentary and 'The Forty-Year-Old Version' by Radha Blank and 'Fourteen' by Dan Sallitt winning Best Screenplay.

Kingsley Ben-Adir was named Best Breakthrough Actor for 'One Night in Miami’ and comedy-drama 'I May Destroy You', which stars and was created by Michaela Coel (Arabella Essiedu) was named Breakthrough Series (Short Form).

The full list of winners from the 2021 Gotham Awards is:

'Time' and 'A Thousand Cuts'

Andrew Patterson - 'The Vast of Night'

Kingsley Ben-Adir - 'One Night in Miami'

'I May Destroy You'