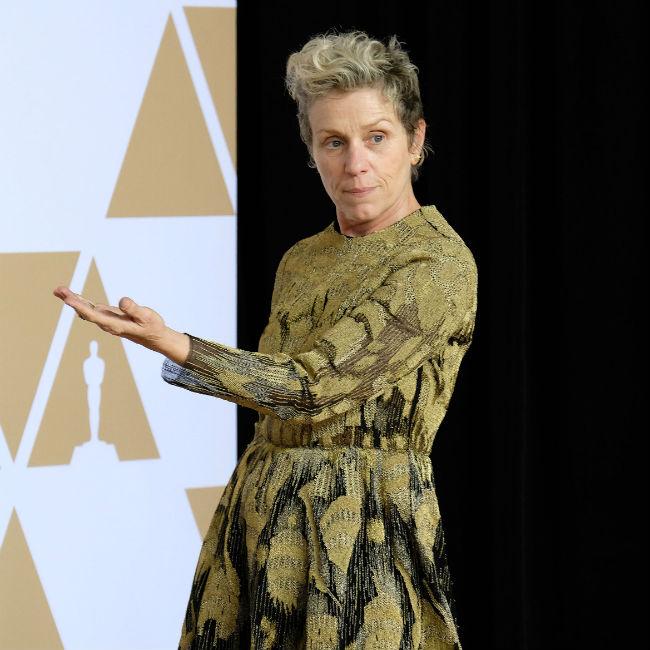 Nomadland wins the Golden Lion at the Venice Film Festival

'Nomadland' has won the Golden Lion prize at the Venice Film Festival.

The Chloe Zhao-directed drama - which stars Frances McDormand and David Strathairn - won the coveted award at the film festival on Saturday (09.12.20).

Speaking from the US via a video link, Frances said: "Thank you so much for letting us come to your festival in this weird, weird world and way! But we're really glad you let us come! And we'll see you down the road!"

The festival is being held this year against the backdrop of the coronavirus pandemic, meaning organizers have been forced to create a slimmed-down version of the event.

'Nomadland' tells the story of a woman who leaves her small town to travel around the Midwest during the 2008 recession.

Elsewhere, Vanessa Kirby won the Best Lead Actress gong for her performance in 'Pieces of a Woman'.

The Kornel Mundruczo-directed drama follows a couple dealing with the emotional fallout of losing their baby during a home birth.

What's more, Chaitanya Tamhane won best screenplay for 'The Disciple', which tells the story of an Indian man's pursuit to be a classical musician.

Cate Blanchett, who headed the jury at this year's festival, hailed the event as a success, despite the coronavirus restrictions.

Kiyoshi Kurosawa, 'Wife Of A Spy'

Vanessa Kirby, 'Pieces Of A Woman'

Yahya Mahayni, 'The Man Who Sold His Skin'

Lion of the Future - Luigi De Laurentiis Award For A Debut Film: