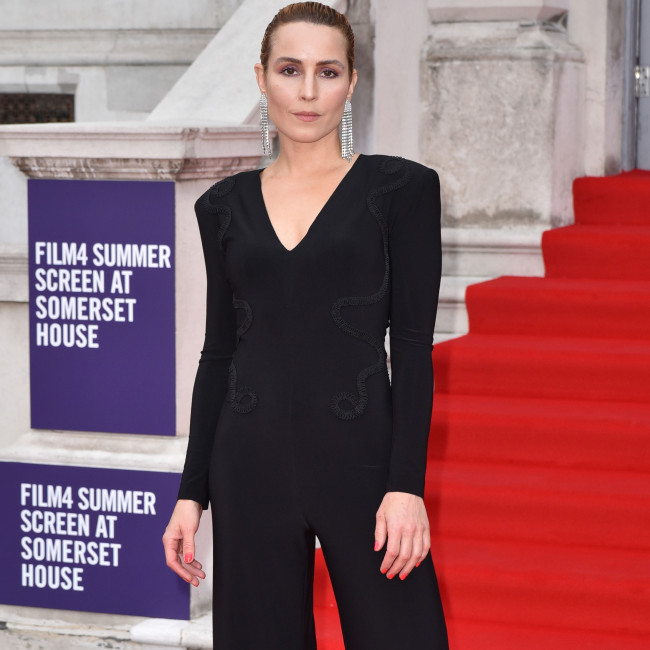 Noomi Rapace found it "strange" juggling producing and acting on 'The Secrets We Keep'.

The 40-year-old actress plays the role of Maja Stowe in Yuval Adler's thriller which sees her character kidnap and torture neighbor Thomas (Joel Kinnaman) for perceived war crimes and revealed that she found it tough balancing work both on and off the camera.

Noomi recalled: "It was strange because I was a producer on the film, so I was going between putting the producer hat on. I was working on the scripts on the weekends and on the schedule and being a problem solver, and then going right into the deepest ocean of emotion, as an actor. That became almost a bit schizophrenic."

Noomi is close friends with her co-star Joel and she revealed that it made it easier on set even though she was torturing his character.

"That allowed us to dig deeper and explore those emotions and dark places with less of a safety net. We could allow ourselves to be ugly and wrong and do takes that might not be one hundred percent. When you feel like you have each other's backs, you can be more brave and investigate deeper into all of these complex places that are really uncomfortable to be in, for both of us."

Rapace also explained how she delved deep to create a backstory for Maja.

She said: "I totally dug into my soul. I was dreaming really twisted, really dark, really horrible dreams about Maja's past. And I dreamt a lot about my sister, that I'm very close to.

"So, when we created the backstory for Maja, that breaking point in her life came very much out of my own worst nightmare. If someone were to hurt my sister, that would be the thing I would have the hardest time forgiving."