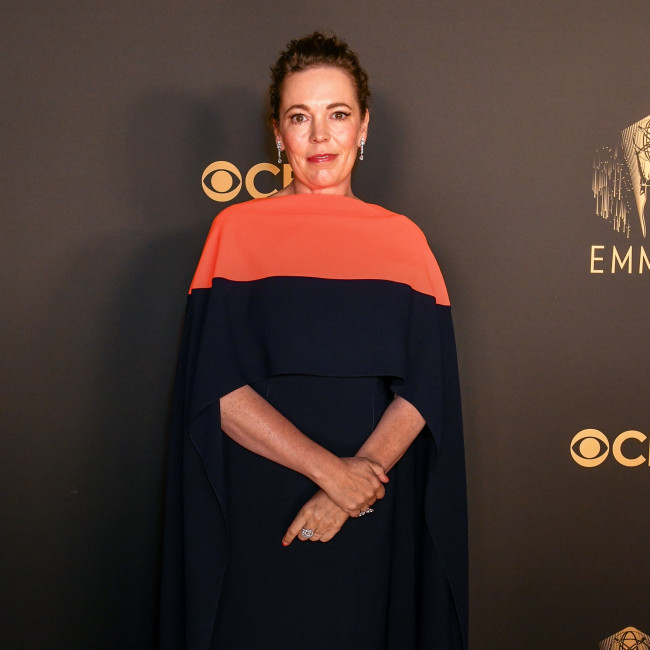 Olivia Colman has joked she had scenes with Paul Mescal inserted into 'The Lost Daughter' just so she could flirt with him.

The 47-year-old actress stars in the psychological thriller on Netflix, and claimed that after seeing Mescal in BBC TV series 'Normal People' she created a scene so she could spend time with him on screen.

When asked if she enjoyed working with him, she quipped: "That’s always fun, but that wasn’t even in the script. I just did that."

Olivia then backtracked on what she had said, clarifying that the scene was indeed in the script from the beginning, before going on to heap praise on her fellow actor.

She is quoted by The Sun newspaper's Bizarre column as saying: "“It was in the script, it was. I was a huge fan from watching 'Normal People' and I was a bit giddy [when I met him]."

The Oscar-winning actress then went on to explain that while she "couldn't look him in the eyes" to begin with, she thinks Mescal's work as an actor and singer is "beautiful".

She said: "I couldn’t look him in the eyes when we first met. He’s just so kind and nice and a good person. And he sings beautifully. He’s just lovely. He’s the nicest and loveliest. He loves his family and he’s so brilliant in what he does. His work is beautiful."

This comes after the film's director Maggie Gyllenhaal revealed Colman, while playing the role of a professor confronting her dark past, "did not like to talk much on set".

Maggie told The New York Times newspaper: "Olivia really didn’t like to talk about much. I wonder, actually, if it’s because it was relatively recently that she got power as an actress if she feels similar to the way I feel as an actress, which is it’s very rare that somebody values my ideas.

"They will say they do, but people are irritated by actresses with a lot of ideas.

"I’m not an idiot, and so I mostly keep them to myself. I remember asking Olivia if she likes to rehearse, and she said, I don’t, actually, and I totally relate to that."

The 30-year-old star – who is the daughter of Sean Penn and Robin Wright – dreamed of a job in the film industry but expected to be behind the camera in some capacity, but her role in her dad’s new movie ‘Flag Day’ has given her a “newfound respect” for the craft and she may now look for more parts.

She told Total Film magazine: “I always thought I’d be in the film industry but that I would be behind the camera, whether it was writing or directing.

“Obviously I have a newfound respect for actors after doing this.

“And I think this feels like a really special story. This is one in a million and the role was so incredible.

Both of Dylan’s parents separately gave her the same advice about acting, so it’s something that has stuck with her.

She said: “They both, separately, told me if anything felt false, whether it was what I was saying, or the way I was moving, don’t do it, because it will be false on the screen.

“Every time ‘action’ was called, that’s what I was repeating in my head.”

Meanwhile, Sean was delighted to direct his daughter in the film.

“I don’t mind saying I knew from the first day of shooting that I was going to be as proud as I am today.

“Because the second we started, I knew I had not set her up for failure.”