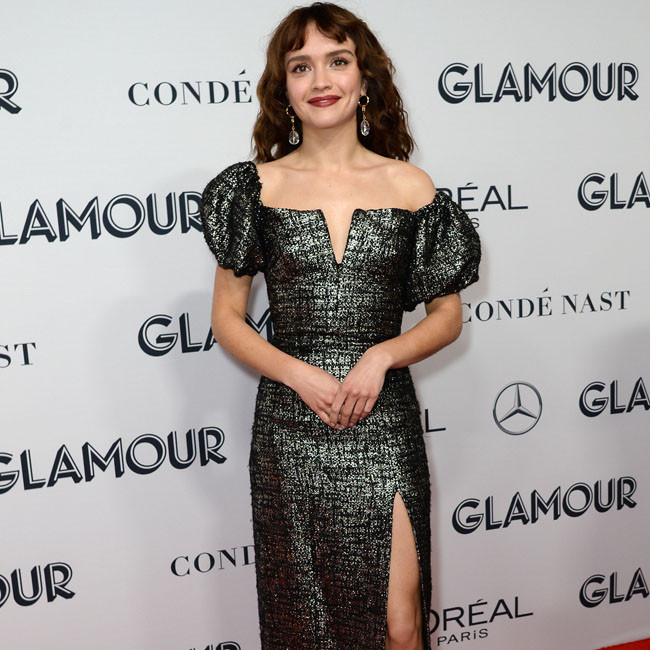 Olivia Cooke and Riz Ahmed were "bonded by the sheer terror" of performing as a band in 'Sound of Metal'.

The pair lead the cast of the drama film as Lou and Ruben – members of the band Backgammon. The movie follows the fallout as Ruben begins losing his hearing but Olivia confessed that the duo were concerned about becoming hard rockers.

The 26-year-old actress said: "Riz and I were brought together to immerse these skills we just learned and to become a fully realised band.

"It was wonderful to have that experience, because we were then really bonded by the sheer terror of having to sometime soon perform and it made the relationship we had on screen that much more nuanced and deep."

Olivia revealed that she "ripped off" her mentor for the project, Margaret Chardiet from the band Pharmakon.

The 'Pixie' star said: "What was lucky is I had a wonderful mentor called Margaret Chardiet of the band Pharmakon, who I just stole, ripped off her entire being. She taught me how to play guitar, how to scream."

Riz - who is also an acclaimed rapper - revealed that learning the drums and sign language for the movie have helped him develop skills as person and allowed him to realise the "true meaning" of communication.

The 38-year-old star told CinemaBlend.com: "I would say that learning the drums has taught me I shouldn't try to play the drums just because it's like a mountain to climb. It's such an obsessive, explosive, athletic, psychological, primal kind of instrument.

"I feel like what the drums and sign language did for me was they opened me up physically in new ways because they are non-verbal communication.

"As a rapper I'm often playing a lot with words but this kind of forced me to try to understand the true meaning of communication, which is about embodying things."