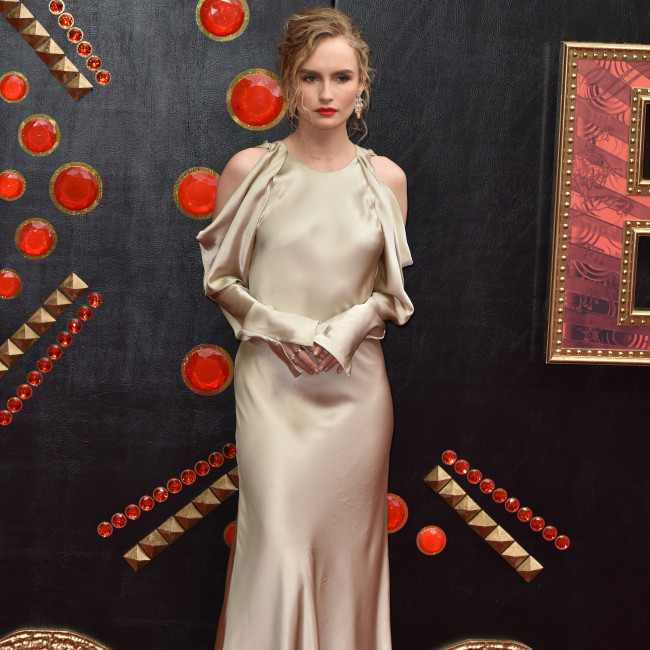 Olivia DeJonge to play female lead in The Trashers

Olivia DeJonge has been cast as the female lead in 'The Trashers'.

The 24-year-old star will feature opposite David Harbour and Cooper Hoffman in the latest movie from acclaimed director Cooper Raiff.

The movie will chart the rise and fall of Jimmy Galante (Harbour), a Connecticut trash magnate and associate of the Genovese crime family – which has been cited as an inspiration for the iconic TV series 'The Sopranos' – from the perspective of his teenage son AJ (Hoffman).

In 2004, Galante purchased the city's minor-league hockey team and got his son to run it. The team were notorious for their rough style of play but gained a wide fan base as they started to get more and more successful.

However, the team's rise came to an abrupt end when Galante was arrested on 72 criminal charges.

Further details about Olivia's character are yet to be revealed but Raiff is directing from a script by Adam R. Perlman.

The director is considering multiple distributors for the movie with production set to begin in the autumn.

Olivia recently starred as Priscilla Presley in Baz Luhrmann's biopic 'Elvis' and also had a role in the TV series 'The Staircase'.

Raiff has just come off the movie 'Cha Cha Real Smooth' – in which he stars alongside Dakota Johnson – which has been snapped up by AppleTV+ in a $15 million global deal.

The filmmaker expressed his joy to be working with David on the project.

Raiff said: "I feel so lucky to be working with David. He's a magnificent actor and the perfect Jimmy Galante because he's truly tough and impossibly warm. He's also the best person and I hope he reads this and knows I want to be friends with him forever."