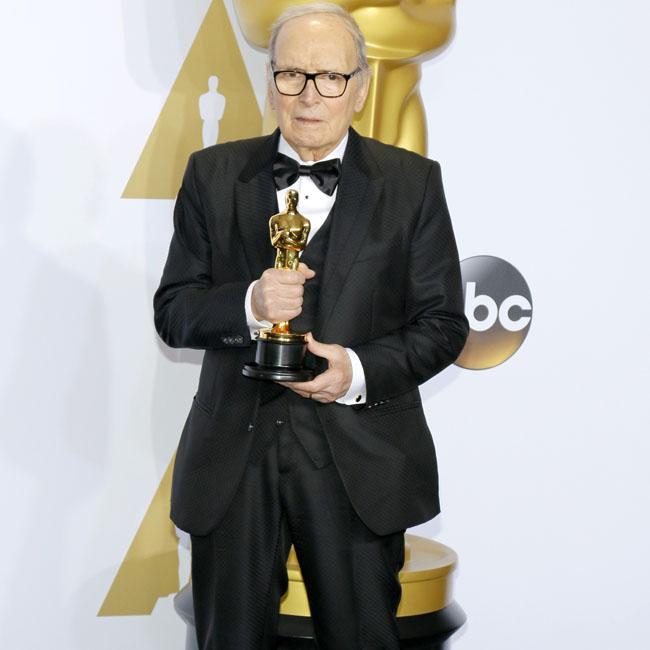 Legendary film composer Ennio Morricone has died at the age of 91.

Morricone passed away on Monday morning (06.07.20) at a clinic in Rome after suffering a fall which caused a hip fracture.

The prolific musician scored more than 400 movies, including the iconic soundtrack to 'The Good, The Bad and the Ugly', which saw him inducted into the Grammy Hall of Fame in 2009.

Known as 'The Maestro', Ennio became the oldest person to win a competitive Oscar in 2016 for his work on Quentin Tarantino's 'The Hateful Eight'. He described the collaboration as "perfect" as the 'Pulp Fiction' director gave "no cues or guidelines".

He said: "I wrote the score without Quentin Tarantino knowing anything about it, then he came to Prague when I recorded it and was very pleased. So the collaboration was based on trust and a great freedom for me."

Morricone worked in Hollywood with filmmakers such as Don Siegel, Oliver Stone and Warren Beatty and was also presented with an honorary Academy Award in 2007 by Clint Eastwood for his "magnificent and multifaceted contributions to the art of film music".

'Shaun of the Dead' director Edgar Wright paid tribute on Twitter, writing: "Where to even begin with iconic composer Ennio Morricone? He could make an average movie into a must see, a good movie into art, and a great movie into legend. He hasn't been off my stereo my entire life. What a legacy of work he leaves behind. RIP."

Italian Prime Minister Giuseppe Conte added: "We will always remember, with infinite gratitude, the artistic genius of the Maestro #EnnioMorricone. It made us dream, feel excited, reflect, writing memorable notes that will remain indelible in the history of music and cinema."