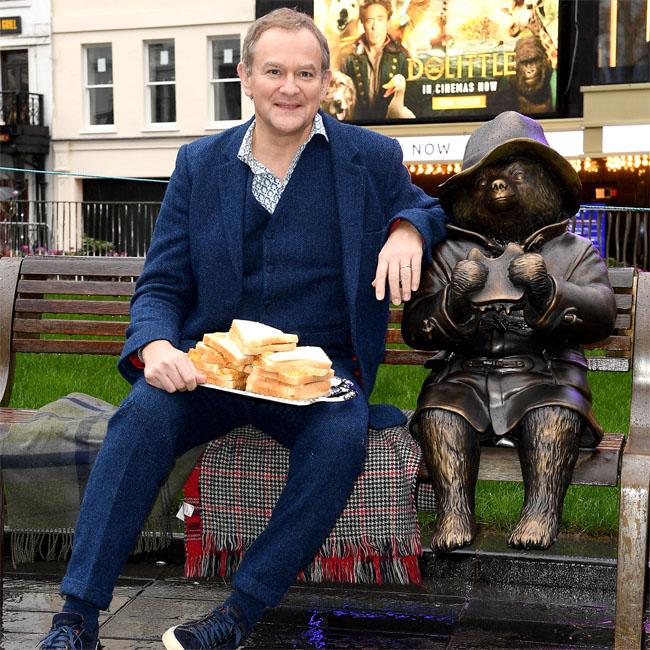 A Paddington statue and seven other interactive exhibits have been unveiled in London's Leicester Square to mark the area's connection to the history of cinema.

The monuments installed for the launch of 'Scenes in the Square' included the iconic DC superheroes Wonder Woman and Batman as well as musical icons Mary Poppins and Gene Kelly from 'Singin' In The Rain'.

Comedy legends Laurel and Hardy and Mr Bean feature in the exhibition with family favourites Paddington and Bugs Bunny.

The statues were unveiled in a series of music, dance and lighting performances with special guests including Hugh Bonneville, Patricia Kelly (Gene's widow and biographer) and Zizi Strallen, who plays the title role in the West End production of Mary Poppins.

The initiative has been created by Heart of London and marks 350 years since Leicester Square was established in 1670. It has since grown to become one of the most popular tourist destinations in the world and becoming synonymous with movie premieres.

Ros Morgan, Chief Executive of Heart of London Business Alliance, said: "Scenes in the Square is an exciting tribute to Leicester Square's 350th birthday. Nowhere else can you stop for a lunch with Mr Bean or Paddington, dance alongside Gene Kelly's Singin' In The Rain or hold your umbrella aloft next to Mary Poppins.

"Scenes in the Square is a first of its kind and we hope it will put London on the movie map like the Walk of Fame has in Hollywood.

"We've been humbled by the response so far and incredibly lucky to have such support from major movie studios to the stars and their estates, from Rowan Atkinson to Gene Kelly's wife and biographer Patricia without whom this wouldn't have been possible. We hope that this is just the beginning and Scenes in the Square will play on for years to come."