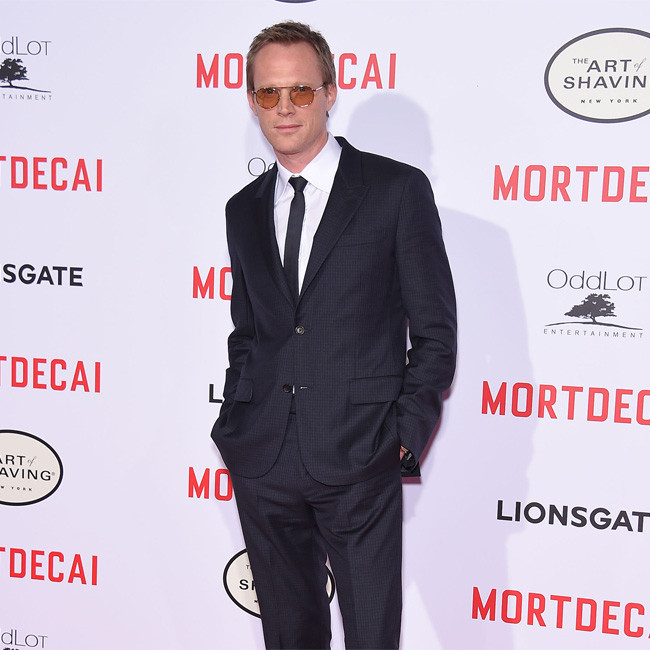 Paul Bettany received his “penis back” at the end of filming ‘A Knight’s Tale’.

The 49-year-old actor stripped for his role in the 2003 movie and director Brian Helgeland marked the end of the shoot by presenting his leading man with a reel of film featuring all the outtakes of shots of him in the nude.

Paul said: “[My best wrap gift was from] Brian Helgeland. Because of the absence of any [modesty] sock, there were lots and lots of strips of film that got cut that had... well, he gave me my penis back is essentially what happened.

"He gave me a reel of film that I have never opened but I still have in my basement, that is every frame of my penis cut from 'A Knight's Tale'."

Paul only shot the scene without any form of covering because the alternative he was offered was even more embarrassing than walking around naked.

Discussing his most memorable on set moment, he said: "Walking down a road with no clothes on in 'A Knight's Tale' still holds the trophy.

"I remember, the dresser came in my trailer with a Day-Glo sock.

"I'm really nervous about having to shoot this scene, but the one thing that could be more humiliating than being naked and walking down a street is being naked but for a Day-Glo sock. So I chose to go sans sock."

The ‘Avengers’ star – who has two children with wife Jennifer Connelly – admitted he is “very bad” about stealing from film sets, but the first time he did it was for a purpose that served him well.

He explained to Total Film magazine: “I started off well and nicked all the suits from 'Gangster No. 1' because I couldn't afford suits. I was able to audition in them for years!”

And most recently, he’s taken home a replica of his head, much to his wife’s disgust.

He said: "The thing I've thieved most recently was the head cast of me that they light on for 'Vision'.

"My wife hates it, so she keeps hiding it, but I always find it and put it back. It is pretty creepy.

"It's like some bodiless spectral apparition. You walk into the room and go, 'Ah!'"