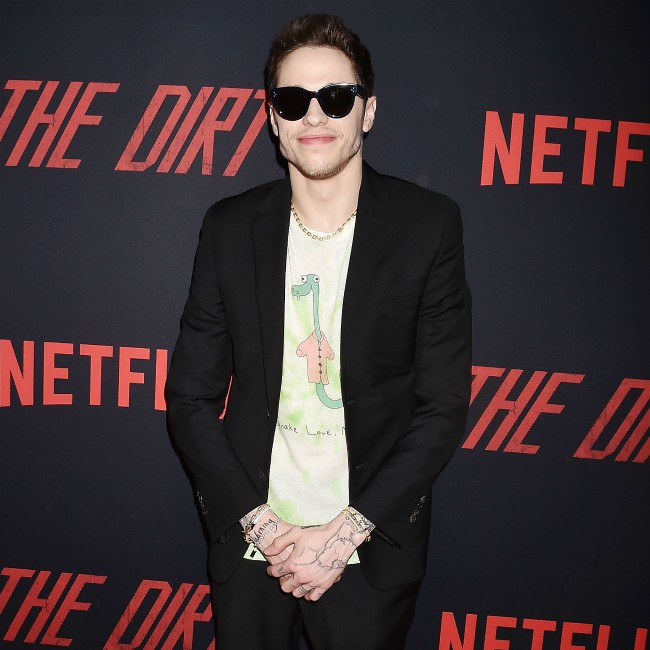 Pete Davidson will play George Bailey in a virtual table read of 'It's A Wonderful Life'.

The virtual table read takes place on December 13 and will raise money for The Ed Asner Family Centre, which is dedicated to promoting mental health and enrichment programmes for special needs children and their families.

Matthew Asner, co-founder of the Ed Asner Family Centre, said: "We are so thrilled to have Pete reenact the role of George in 'It's A Wonderful Life' with his talented wit and clever vocalisations. And we look forward to having Maude join the cast as Violet with her creative flair.

"Please join us for this once in a lifetime opportunity to snuggle up on your couch and experience this all-star cast virtual table read from the comfort of your own home, while helping to raise money for The Ed Asner Family Centre. It will be a very meaningful night!"

The film follows a pair of twentysomethings (Pete and O'Shea) who clear their college debt by using the quick cash of the after-market sneaker trade. However, their American dream soon becomes a nightmare after their start-up runs out of money and a shady investor becomes their only way out.

Ian Edelman is writing and directing the film, which will be produced by comedian Kevin Hart and basketball star Chris Paul.