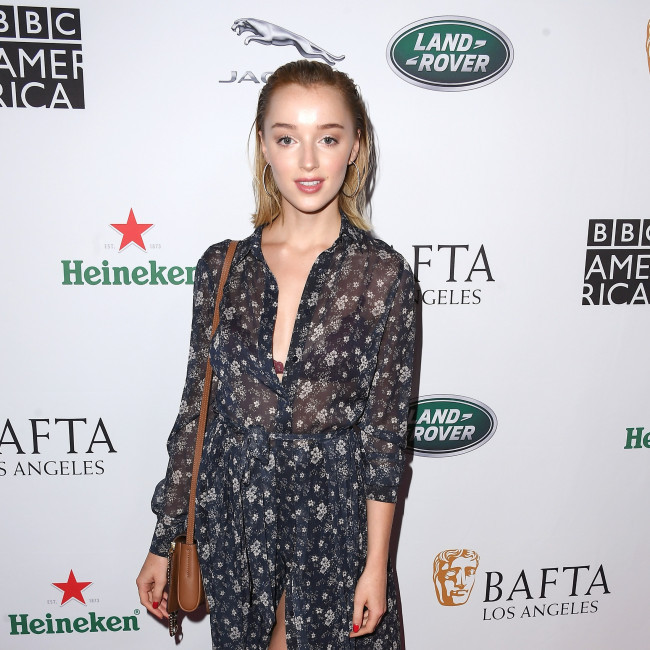 Phoebe Dynevor is set to star in 'I Heart Murder'.

The 'Bridgerton' actress will have a leading role in the female-driven thriller, which is being directed by Matt Spicer.

Plot details are being kept under wraps but Spicer has written the story with Tom O'Donnell.

Phoebe, 26, has become a global star after playing Daphne Bridgerton in the Netflix period drama, which is the most-watched show on the streaming platform.

She has recently wrapped filming on 'The Colour Room', a Sky Cinema biopic about the ceramic artist Clarice Cliff.

Clarice worked in Stoke-on Trent during the 1920s and broke the glass ceiling by revolutionising the workplace in the 20th century, all while becoming one of the greatest Art Deco designers.

The film also stars Matthew Goode, David Morrissey and Darci Shaw with Claire McCarthy directing and Phoebe previously described it as an "honour" to be playing the famed artist.

She said: "I am so excited to be joining the cast of 'The Colour Room', especially in the role as one of the nation's most celebrated artists, Clarice Cliff.

"It's truly such an honour to take on such a remarkable character. The script is a beautifully written contemporary take on the 20th century, and I feel proud to be working with such a strong female team, both in front and behind the camera."

Sarah Wright, director of Sky Cinema and acquisitions at Sky UK and Ireland, said: "Clarice Cliff is one of the most iconic artists of the 20th century – a female pioneer who quite literally broke the mould in the English pottery industry in the 1920s.

"This film will provide a fresh take on Clarice's professional and personal life and it is apt – and I'm hugely proud that this film is written, directed and produced by an all-female team."