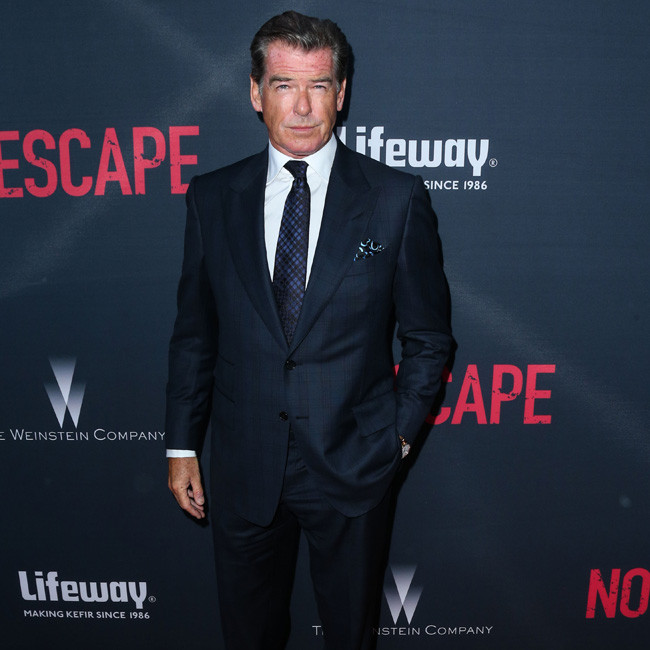 Pierce Brosnan: The outtakes from Mrs Doubtfire were ridiculous!

Pierce Brosnan says the outtakes from 'Mrs. Doubtfire' were "ridiculous".

The 69-year-old actor played Stu in the 1993 comedy which starred the late Robin Williams as a divorced man who impersonates an elderly female nanny in order to spend time with his kids, and the former James Bond star has spilled that the children had to be sent off-set while Robin in character improvised a string of rude insults towards Stu, the new partner of his ex-wife Miranda (Sally Field) in the famous dinner scene.

Brosnan said: "The outtakes were ridiculous. Robin was there dressed as Mrs. Doubtfire and they sent the children away during that particular sequence and Sally as well and it was just Stu, my character Stu, and Robin. And he was talking about Sally's character in the bedroom and what she liked to wear in the bedroom etcetera, etcetera, all out of the box. It got worse and worse! It wasn't that crude, though, it was just his delivery. It was so magnificent!"

The 'Die Another Day' star is now taking on the role of Doctor Fate in new DC Comics superhero movie 'Black Adam' alongside Dwayne 'The Rock' Johnson in the title role and explained that the first comic book character he looked up to was Batman and would even dress up as the Gotham City saviour as a child.

He told website HeyUGuys: "Batman was for me the first. I don't know if it was a TV show. I grew up in Southern Ireland so we didn't have a TV but Batman was definitely high on the list. I used to put my raincoat around my neck and jump from the bicycle shed."

'Black Adam' is in cinemas now.