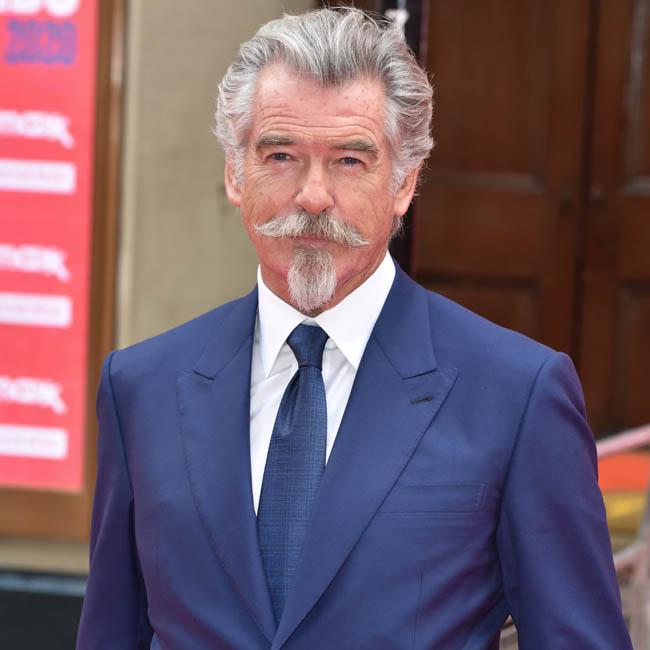 Pierce Brosnan tried to convince the crew on 'Eurovision Song Contest: The Story of Fire Saga' to let him sing.

The 67-year-old actor plays the role of Erick Erickssong in the new comedy film and has claimed he showcased his talents in 'Mamma Mia!' in a bid to secure a musical number in the new film.

Pierce told 'Entertainment Tonight': "I must say, I did bring in my platinum album, my gold album and said, 'Look, I got this from 'Mamma Mia', why don't I have a song here, guys?'"

The former 'James Bond' star joked that Will Ferrell, who plays his son Lars in the film, was "sensitive" about him singing.

The film follows Will and Rachel McAdams as a pair of singers who represent Iceland at the Eurovision Song Contest, and Pierce believes audiences will be charmed by the movie, which will soon be released on Netflix.

He explained: "You know, this is a fabulous film. I'm very proud to be a part of it. I'm a huge fan of Will Ferrell's work, Rachel McAdams, and we've worked together before and she's just the dynamite actress - incredible - and, you know, the film's got heart.

"Some people don't know about the Eurovision Song Contest. It's been going for 57 years in Europe. It's like 'America's Got Talent' or 'The Voice' and all the countries come together and they put their best performers, acts, up on the stage and they battle it out and it's the birthplace of ABBA."