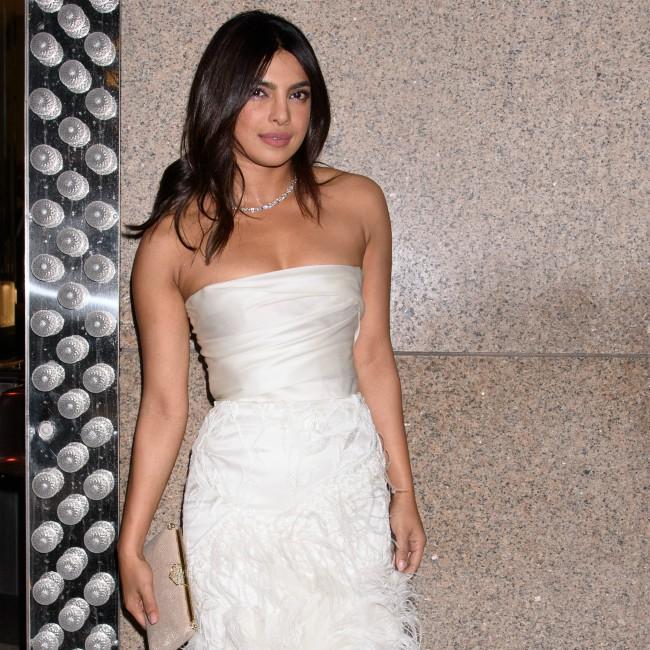 Priyanka Chopra to star in The White Tiger

Priyanka Chopra is set to star in 'The White Tiger'.

The 37-year-old actress has joined the cast of the Netflix adaptation of Aravind Adiga's Man Booker prize winning novel, which will be directed by Ramin Bahrani.

Rajkummar Rao and newcomer Adarsh Gourav will also star with Chopra in the movie, which is set to begin filming in India in October.

'The White Tiger' tells the story of a self-made man from a small village, who works his way up to become a successful entrepreneur in the big city with murder, love and deceit along the way.

Chopra is also set to produce the film.

Meanwhile, it was recently revealed that Priyanka has joined the cast of Netflix children's film 'We Can Be Heroes', which is to be written, directed and produced by Robert Rodriguez.

The motion picture is currently in production in Texas, and will also feature Christian Slater, YaYa Gosselin, Akira Akbar and Pedro Pascal.

The movie will tell the story of the children of Earth's superheroes after their mums and dads are captured by alien invaders, and the film is expected to be in a similar vein to Rodriguez's 'Spy Kids' franchise.

And Priyanka is working with Mindy Kaling on a new comedy about Indian weddings.

Mindy is writing the as-yet-untitled movie with Dan Goor, the co-creator and executive producer of 'Brooklyn Nine-Nine' and she also has the option to direct.

Kaling and Goor will produce the movie with Chopra's Purple Pebble Pictures.

The movie will revolve around a huge wedding in India and has been called "'Crazy Rich Asians' meets 'My Big Fat Greek Wedding'."

It is a star vehicle for both Kaling and Chopra, and the movie will be set in America and India.

Priyanka shared the news on Instagram and wrote: "Two women with a passion for telling good stories, just got the green light to THEIR story THEIR way. So proud of this incredible partnership with @mindykaling and #dangoor! We are about to show you what it means to be modern, global, and Indian. See you at the cinema!"

Mindy wrote: "It's happening" and added: "My dream team is making a movie. Can't wait for this one!"

Universal secured the rights to the movie after a hotly contested bidding war with Legendary, Sony, Netflix and Amazon Studios.