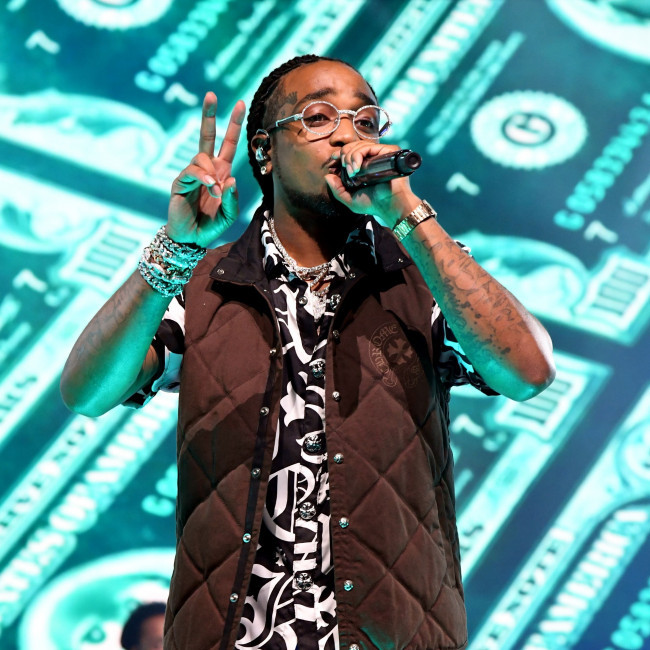 Quavo has hailed his 'Wash Me In The River' co-star Robert De Niro "a nice dude".

The Migos rapper is set to make his movie debut as killer Coyote in Randall Emmett's upcoming action-thriller, and he couldn't wait to get home and tell his mom how cool the Hollywood legend is and that he'd heard of his hip-hop group.

On what it was like working with De Niro, he shared: “I said what’s up to him. I told him I said a line in one of my new songs about the trip I just took, and he was just like, ‘For real. M-I-G-O-S, right?’

“I was like, ‘Yeah, he’s finna go home and look me up.’ It was too hard. I couldn’t wait to tell my Mom dukes that I’m gonna be on the screen and kicked it with him. He’s a nice dude.”

The 'Bad and Boujee' hitmaker also spilled details about his character, who he described as a  “ruthless gangster, ruthless killer named Coyote.”

He added to Billboard: “It’s just an honour to be on the screen with Robert De Niro, Jack Huston and John Malkovich.

“I’m just blessed and I can’t wait for y’all to see it. It’s a very action-packed movie. I had fun doing it. I stayed in Puerto Rico shooting for a whole month grinding. There was some long film days. Them film days are different. It’s like you’re shooting a video all day.”

The script penned by Adam Taylor Barker centres on a recovering opioid addict who is hell-bent on revenge on the two dealers who sold the drugs that caused the death of his fiance. However, he has two policemen hot on his tail.