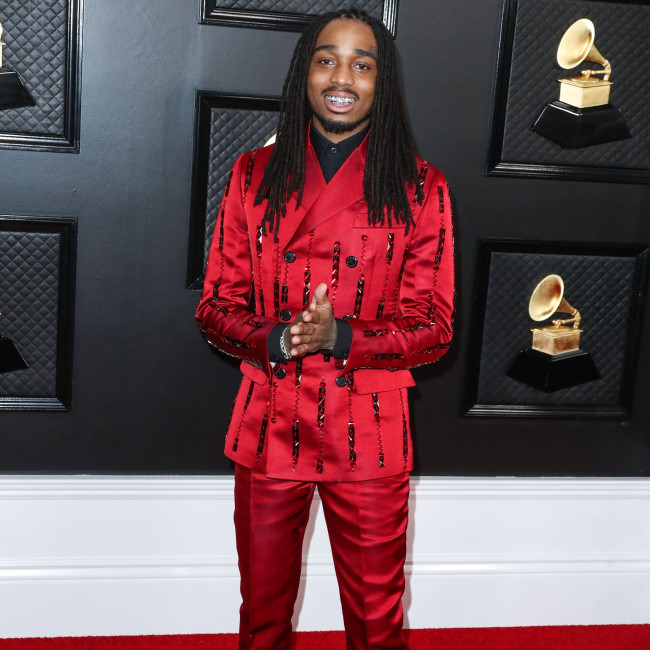 Quavo has been cast in the action movie 'Takeover'.

The frontman of the hip hop group Migos will star in the new film that is set in Atlanta's street takeover car culture.

The movie is being directed by Greg Jonkajtys and will be written by Jeb Stuart – who has penned films such as 'Die Hard' and 'The Fugitive' – and Brandon Easton.

Quavo, 31, will play the role of Guy Miller, a recent parolee who's attempting to rehabilitate his life when circumstances send him back into Atlanta's thriving and dangerous takeover scene.

Miller must live up to his reputation as one the slipperiest street operators in a lethal race against time.

The picture will look at the fascination with sideshows, stunts in car culture that sees drivers take over the streets and parking lots to do tricks. Trioscope, the company behind Netflix's animated drama 'The Liberator', will bring this to life by fusing live-action performances with animation.

Quavo said: "I'm really excited for this opportunity, especially shooting in my hometown of Atlanta. This film is an ideal opportunity to further delve into my craft, and I can't wait to see how the action plays out in this animated environment."

Producer Brian Sher of Quality Films said: "The film brings together the industry's most talented visionaries both on and off the screen. We're thrilled to deliver an unparalleled edge-of-your-seat ride that will introduce many viewers to a world they never knew existed."

Don Mandrik, from Huncho Films, added: "We are excited to be partnering with the teams from Trioscope and Quality Control on what we anticipate to be the first of many projects together, as they collectively represent some of the best and brightest content creators in the industry."