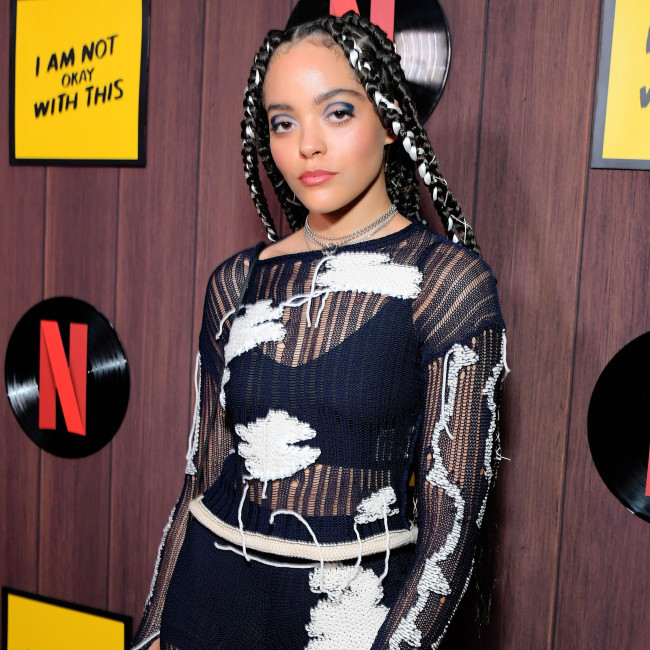 Quintessa Swindell has been cast on 'Black Adam'.

The 'Trinkets' star - who debuted in HBO's 'Euphoria' before appearing in the Netflix drama - is set to join Dwayne 'The Rock' Johnson' in the cast of the upcoming DC Comics blockbuster.

According to The Hollywood Reporter, Swindell will play Cyclone - whose real name is Maxine Hunkell - the granddaughter of Red Tornado and eventual member of the Justice Society of America.

The superhero team looks set to be introduced in the movie, with 'The Invisible Man' star Aldis Hodge attached as Hawkman, along with Noah Centineo ('To All The Boys I've Loved Before') as Atom Smasher, and 'The Rookie' actress Sarah Shahi set to play an unannounced character.

Producer Hiram Garcia recently said: "We are so excited to introduce the Justice Society, especially Hawkman who’s such a beloved character and one of those heroes who’s always meant so much to the DC universe.

"Having them play in the same sandbox as Black Adam is going to be fantastic, and for the already established fans of these characters I think they are going to be really excited to see what elements from classic story lines we take inspiration from as we bring these characters together.

"When you take a powerhouse like Black Adam and inject him into this DC cinematic universe you want to make sure you are putting characters around him that can really up the stakes.

"As DJ likes to say the hierarchy of power in the DC universe really is going to change so Hawkman, Dr. Fate, Atom Smasher and Cyclone will have their hands full no matter how we choose to have them interact with Black Adam.”

'Black Adam' is currently set to hit the big screen in December 2021.