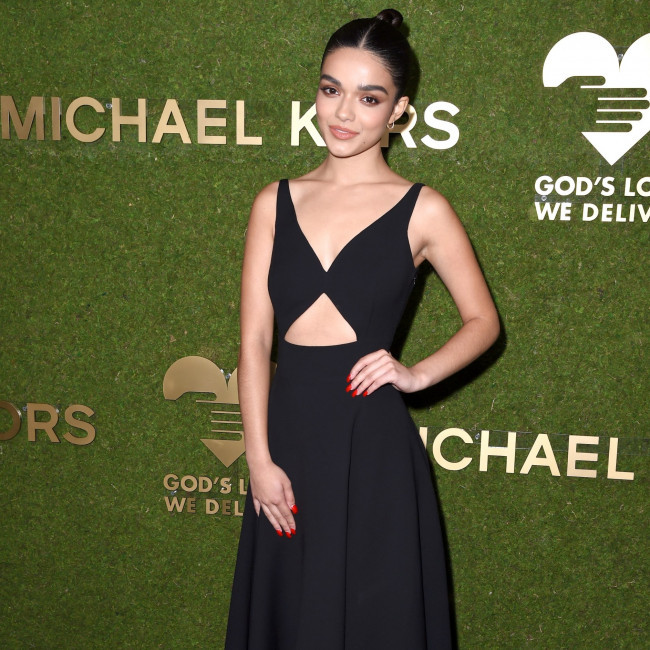 Rachel Zegler and Steven Spielberg joked about teaching each other on 'West Side Story'.

The 20-year-old star makes her big screen debut as Maria in the filmmaker's adaptation of the classic musical - which marks his first moves in the genre - and she has revealed how the dynamic worked on set.

She told Total Film magazine: "I'm pretty sure the only musical-esque thing he's done is 'Anything Goes' in 'Temple of Doom'!

"Whenever we would read things from sceptics - about Spielberg doing a musical - I'm like, 'That's one of the most incredible film openings ever!'

"But we definitely had conversations. I had never done a film before. And he'd never done a musical before. We would make jokes that we were going to teach each other how it's done!"

Zegler - who had some experience in musical theatre at school - found stepping on set for her first movie role a "terrifying experience".

However, seeing the movie as a whole has made her realise the finished product is "pretty darn awesome".

She added: "I meant, it was absolutely a terrifying experience for me in the moment. But I've seen the finished product now. And I'm not scared anymore, which is great.

The actress has been act as 'Snow White' in Disney's upcoming live action remake - which starts filming in 2022 - and she has compared the approach to her character to her role in 'West Side Story'.

She explained: "Very similar to 'West Side Story', we're giving this young ingenue role a lot more agency and a lot more say in her future and making her a lot stronger.

"As classic as the original cartoon is, it came out in the 1930s and women were seen a little bit differently back then."