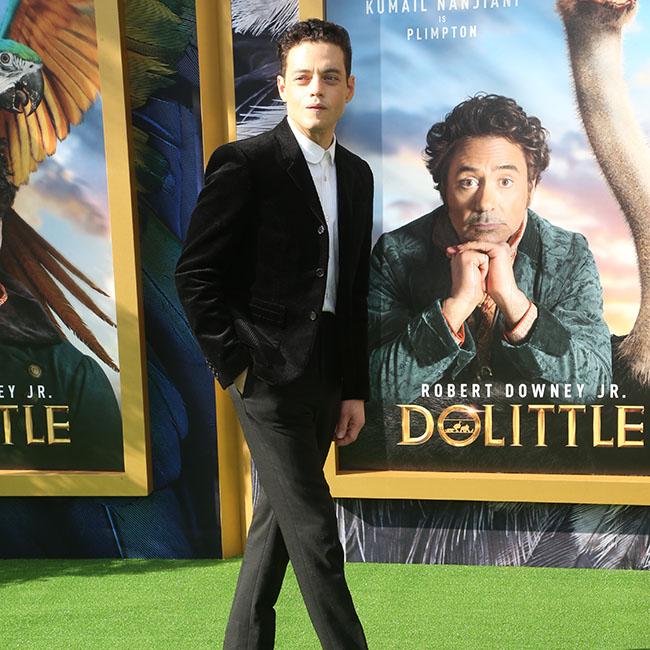 The 'Bohemian Rhapsody' star will play the mysterious Safin - who has been described as a "nasty piece of work" by 007 producer Barbara Broccolli - in the upcoming blockbuster 'No Time To Die', and he has worked closely with the 'Fleabag' creator on bringing his character to life.

The 38-year-old actor told Entertainment Weekly: "She had quite an impact on what I was doing.

The Golden Globe winner was hired as to work on the script after a recommendation from Daniel Craig, who will play the iconic spy for the final time in the movie.

He stated: "She's the best f***ing writer around."

Waller-Bridge has previously defended her contribution to the film, saying that she wasn't hired just to help with "the ladies".

The 34-year-old star insists her gender was irrelevant when Broccoli and Craig contacted her to ask if she would be a part of the film.

She explained: "The reality was I got a call from Barbara and Daniel saying, 'We like your work, can you come in and help us?'

"There wasn't ever really a conversation about can you come in and help us with 'the ladies'. They are proper, amazing producers and writers and actors and suddenly they are reduced to those people.

"They said, 'It will be your take, can you come aboard and help us polish the script?'

"The characters were there, the story was there, it was just really exciting to be a part of it. There was a bunch of writers, I was a small contribution to this thing."