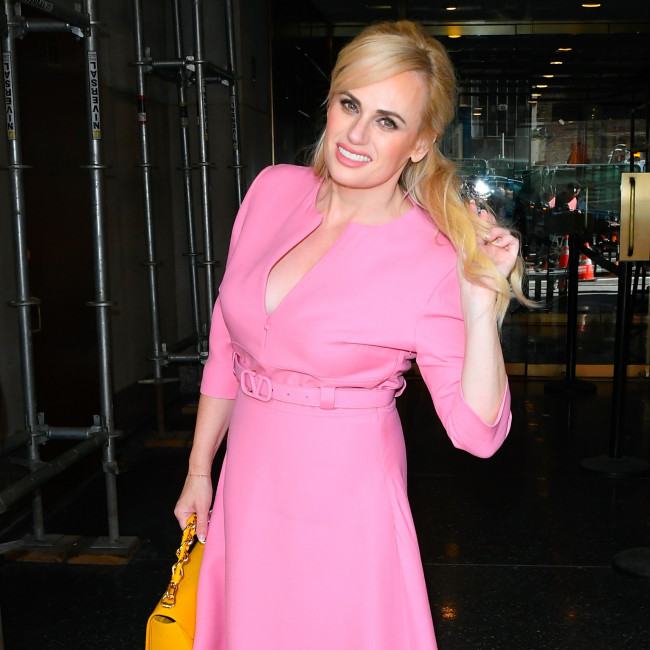 Rebel Wilson and Leslie Mann are to star in the comedy 'Rock the Boat'.

The duo have signed up to feature in that film that will be directed by Luke Greenfield.

The movie is a female-driven comedy that is inspired by the real-life phenomenon of boy bands such as Backstreet Boys and New Kids on the Block.

The flick follows four best friends from high school who were obsessed with a famous boy band back in the 1990s. The band announces a reunion tour aboard a cruise ship 20 years later and the four women reunite for the ride of their lives as they try to recapture who they were and who they always wanted to be.

As they sail with their boy band teen idols and other superfans, friendships are tested, alliances are formed and bad decisions are made.

The script was originally written by Jacob Meszaros and Zach Taylor, with revisions made by Sarah Rothschild, Jason Benoit and Greenfield.

Meanwhile, Rebel is being lined up to star alongside Charles Melton in the road trip comedy 'K-Pop: Lost in America'.

The plot follows "a breaking K-pop group that finds themselves mistakenly stranded in Waco, Texas, just days before their American debut at Madison Square Garden. Left with no phones, no money and no transportation, the group must overcome their differences and a host of crazy obstacles to make it to New York City. Along the way, they learn to love Texas, and Texas learns to love them back."