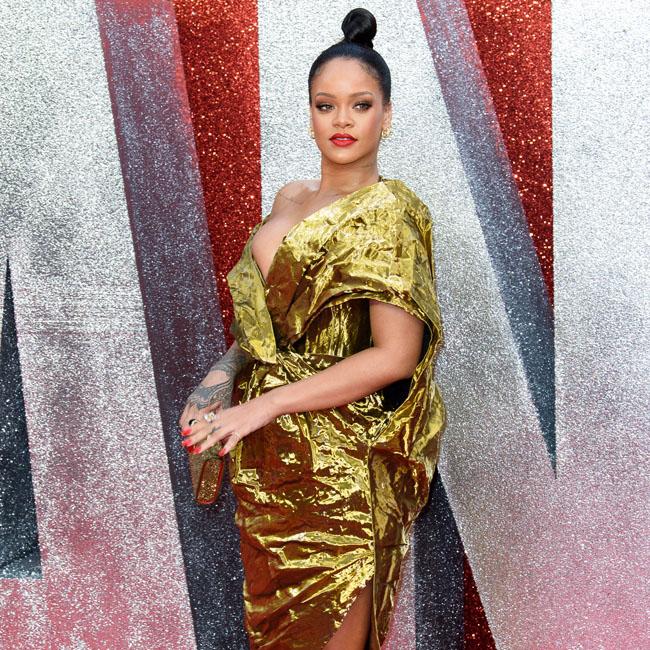 Rihanna "would love" to play Poison Ivy in a Batman movie.

The 31-year-old star admitted while nothing is in the pipeline just yet, she would jump at the chance to take on the role because the flamed haired villain is one of her "obsessions".

She told Entertainment Tonight: "You know what, they didn't call me yet. But if they did, I would love to go in and try out because Poison Ivy is one of my obsessions in life. I did it for Halloween one year, I mean come on!"

The singer and actress - who has previously appeared on the big screen in the likes of 'Ocean's 8', 'Battleship' and 'Home' - was surprised to find out she sparked speculation she had signed up for 'The Batman' after sharing an Instagram clip of a black leather boot from her own clothing company and compared it to the Batmobile.

Responding to the rumors, she said: "Wait did I hint anything? Oh that?! Really?! That?! Are you serious? No that has nothing to do with Poison Ivy."

Rihanna isn't the only star to throw her name into the hat to play a DC Comics baddie, after 'Guardians of the Galaxy' actor Dave Bautista revealed he wants to take on the role of Clayface in a standalone movie.

After a Twitter user suggested Bautista for the hypothetical role, he recently replied: "I going to enthusiastically agree with you on that!"

Matt Magen and his shapeshifting alter ego isn't even the first of the Gallery of Rogues to catch Bautista's eye, after it was previously suggested he could play Bane opposite Robert Pattinson in Matt Reeves' blockbuster 'The Batman'.

Sharing an image of Dave alongside a cartoon of the huge villain, one fan previously wrote: "I saw a YouTube video on who should play Batman's Villains in the new movies. I have to say Dave Bautista would be a good choice to play Bane."

The actor simply replied: "I accept"