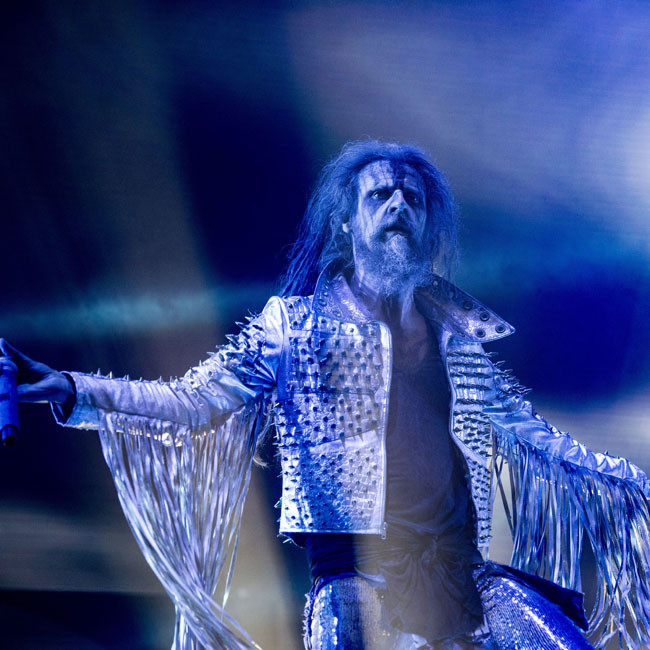 Rob Zombie wants to recreate 'The Munsters' house to perfection.

The musician and horror movie filmmaker - who is a huge fan of the 1960s sitcom and even named his song 'Dragula' after the friendly monsters' family car - has offered a bit more of an insight into his upcoming film based on the classic series.

Sharing plans for his Mockinbird Lane set, he wrote: "The blueprints are done! Time to start the construction.

"Get ready for the most perfect Munsters house since 1964. I want this thing exact."

Zombie has been sharing updates with fans while he's been location scouting in Budapest for the film.

Last month, he confirmed he was working on a new adaptation of the sitcom.

He wrote on Instagram: "Attention Boils and Ghouls! The rumors are true! My next film project will be the one I've been chasing for 20 years!

The original show focused on a family of monsters who move from Transylvania to an American suburb and have to get used to their new surroundings.

Rob will be working with Universal Studios' 1440 Entertainment branch, which makes live action and animated movies and series across non-theatrical platforms, suggesting it's set for streaming platforms.

Back in 2017, it was revealed that talk show host Seth Myers was teaming up with 'Odd Mom Out' creator Jill Kargman on a series reboot for NBC.

As reported by Deadline at the time, the series was set to be made up of half-hour single-camera episodes.

Several years earlier, the network and Universal attempted to reboot the show with a big budget pilot called 'Mockingbird Lane', with the likes of Jerry O'Connell, Porta de Rossi and Eddie Izzard in the cast.

Although the series wasn't picked up, then-NBC boss Bob Greenblatt didn't rule out revisiting the material at a later date.