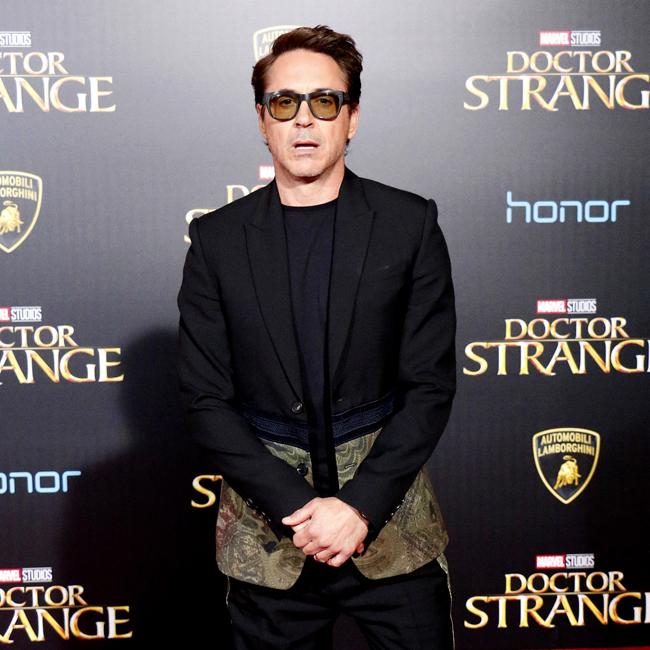 Robert Downey Jr. doesn't want an Oscar for his role in the Marvel movies.

The 54-year-old actor - who starred as Tony Stark / Iron Man in a number of films including, most recently, 'Avengers: Endgame' - has revealed he didn't want to be considered for the acting accolade as doing the Marvel movies are their own "reward".

Responding to Martin Scorsese's comments about Marvel movies not being "cinema", Downey Jr. said: "I'm so glad you brought this up because there was some talk about [putting my name forth for an acting Oscar], and I said, 'Let's not.' Doing the films was their own reward. I don't know that it's time or if I am the guy ... to have the Academy recognise."

However, Downey Jr. respects and "appreciates" Scorsese's opinion and says the world "needs all of the different perspectives".

Speaking on The Howard Stern Show, he added: "It's his opinion. I mean, it plays in theatres. I appreciate his opinion because I think it's like anything: We need all of the different perspectives so we can come to the centre and move on."

In the original interview, Scorsese admitted he had tried and failed to enjoy the Marvel movies as the genre simply didn't chime with his own cinematic tastes.

He shared: "I don't see them. I tried, you know? But that's not cinema. Honestly, the closest I can think of them, as well made as they are, with actors doing the best they can under the circumstances, is theme parks. It isn't the cinema of human beings trying to convey emotional, psychological experiences to another human being."

At the time, 'Guardians of the Galaxy' director James Gunn admitted he was "saddened" by his remarks, writing: "Martin Scorsese is one of my 5 favourite living filmmakers. I was outraged when people picketed 'The Last Temptation of Christ' without having seen the film. I'm saddened that he's now judging my films in the same way. That said, I will always love Scorsese, be grateful for his contribution to cinema, and can't wait to see 'The Irishman.'"