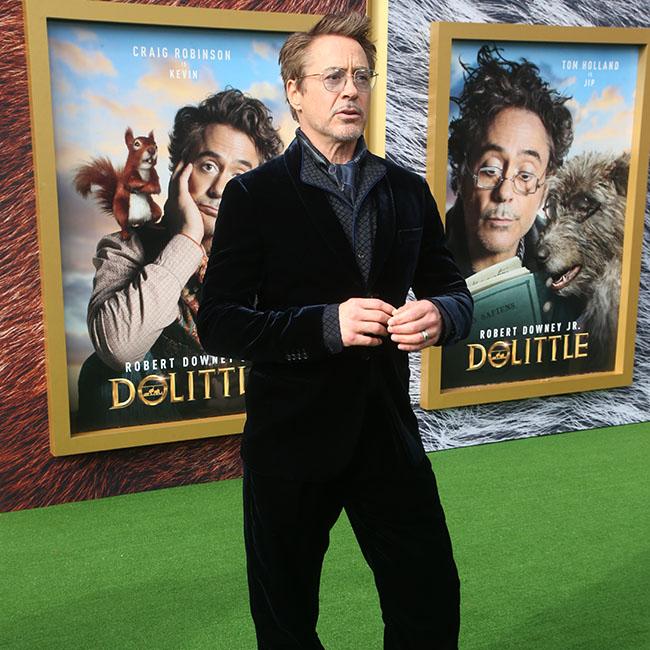 Robert Downey Jr is remaining tight-lipped over his rumoured appearance in 'Black Widow'.

It has been claimed that Downey will be reprising his role as Iron Man for the prequel film, which features Scarlett Johansson and Florence Pugh.

However, the 'Doolittle' star is not giving anything away and would only say that it would be "nice" if the director and producers told him that he was in the action flick.

In an interview with 'Entertainment Tonight', he said: "Right. Great. I mean, it would be nice if they notified me. Forewarned is forearmed. They can do anything now. This could be a deep fake interview for all we know."

The 54-year-old actor played Iron Man in 10 Marvel films before Tony Stark was killed off in 'Avengers: Endgame'.

Downey recently suggested that he was unlikely to return to the Marvel Cinematic Universe, but did not rule it out completely.

He said: "Yeah, anything could happen. As far as I'm concerned I've hung up my guns and I'm good to let it go. I also think Marvel is on this journey now where they're trying a bunch of other stuff. I'm excited for them to see how it all goes. It's hard to project but we got a lot of other stuff we want to do. The war for me is over. I personally have alighted to greener pastures."

Downey also admitted that his favourite thing about playing Iron Man was seeing the excitement of the children he met.

He said: "There's something about when a kid looks at you invests you with these magical properties. Because we're all so - I'll speak for myself - broken and imperfect, and just trying to do the right thing and stay out of my own way.

"But when you are idealised you realise, 'Oh, it's not an obligation ... but you get to stand up inside yourself and live as an example.' So it's really put me in check, because I hate disappointing youth."