Robert Pattinson felt like a 'douche bag' with moustache 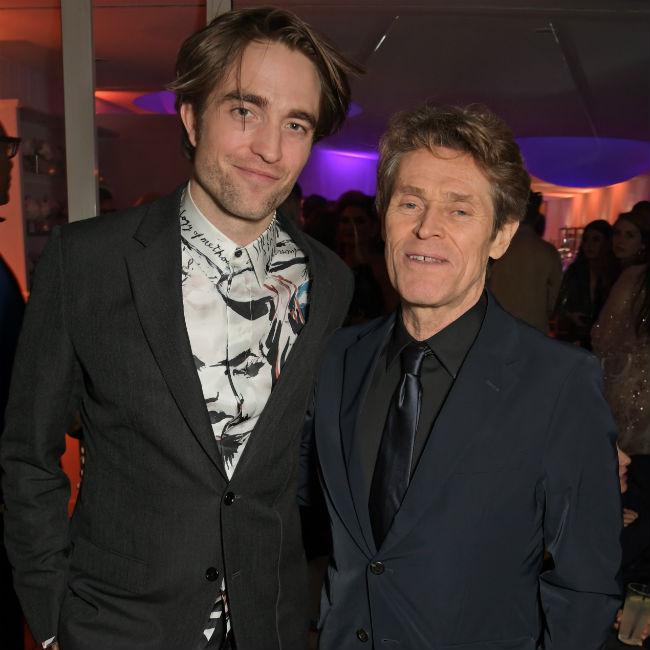 Robert Pattinson felt like a "douche bag" when he grew a mustache for his role in psychological horror movie 'The Lighthouse'.

The 33-year-old actor sported facial hair for his part as junior lighthouse keeper Thomas Howard in the drama, and though he knew it suited his character and the movie, he didn't feel very comfortable with his appearance off set.

He said: "The mustache was all mine but it's different when you're wearing normal clothes.

"You just feel like such a douche bag. It's more of a barista look."

The movie features a memorable scene in which Robert's character frantically beats a seagull to death and he admitted he deliberately shot the moment in a frenzy because he didn't want the audience to realize he was actually grappling with a squeaky dog toy.

He explained: "It was like a rubber chicken dog's toy with feathers on it.

"I think that's why I was going so crazy with it, because I didn't want the audience to see what it was made out of.

"I was supposed to just hit it once.

"And also, I hit it and then it made a little squeak. "And it made me laugh the first take.

"I would just keep beating it so I wouldn't laugh.

"It was filled with fake blood as well and I was spraying blood everywhere.

"And then I realized, 'This is actually looking pretty mental.' Even the crew afterwards were like, 'Okaaaay.' "

Robert and his co-star, Willem Dafoe, lived in a remote fishing village for the duration of the shoot and the actor enjoyed the isolation because it made it easier for him to learn his lines.

He told Total Film magazine "I like just having no distractions really.

"And you can't really do that in a populated area.

"I did another movie afterwards called 'The Devil All the Time'.

"I had to practice all my lines pretending I was on the phone.

"And it's an incredibly abusive part.

"Everyone's listening in like, 'You are such an asshole.' So this was nice!"