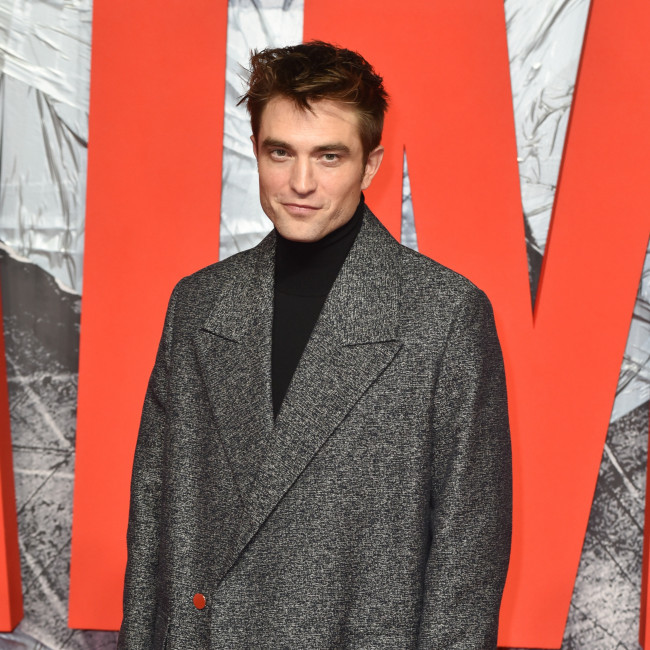 Robert Pattinson was 'eager' to take on Batman role

The 35-year-old actor makes his first appearance as the iconic superhero in 'The Batman' and was excited to take on the part after being impressed by Michael Keaton's portrayal of the character.

Robert told the Metro newspaper: "The first Batman movie I ever saw was 'Batman Returns' and I think in some ways it's still probably my favourite.

"I love that movie so much. I was always very, very excited and very, very eager to do it, which is kind of really unlike me, to be honest."

Robert revealed that he has seen all of the previous Batman films but didn't have much knowledge about the hero's comic book origins.

He explained: "I think in England there's not really a comic-book culture.

"In America it's ubiquitous but I only discovered the Batman comics fairly recently, especially the wealth of graphic novels. I don't even remember seeing a comic-book store when I was growing up."

Pattinson continued: "But, yeah, since I've been doing the movie, I could not have read more of them. I think pretty much every single major one of the graphic novels I've read now."

Matt Reeves' blockbuster features Robert as a younger version of Bruce Wayne/Batman and the star suggested that the superhero is fuelled by anger in the new flick.

He said: "In this story he's unclear what his purpose is. In other iterations of the story, he truly believes he can change the fate of Gotham and in this he doesn't, really.

"At the beginning of the story, it's very much a self-destructive road he's on."

The movie marks Robert's return to a big franchise a decade after the conclusion of 'Twilight' and the actor relished the experience.

He explained: "There was part of me that just wants to have that kind of big audience. It just feels different. You can almost feel it when you're shooting – the anticipation.

"And it's fun. I guess it's like surfing a massive wave."