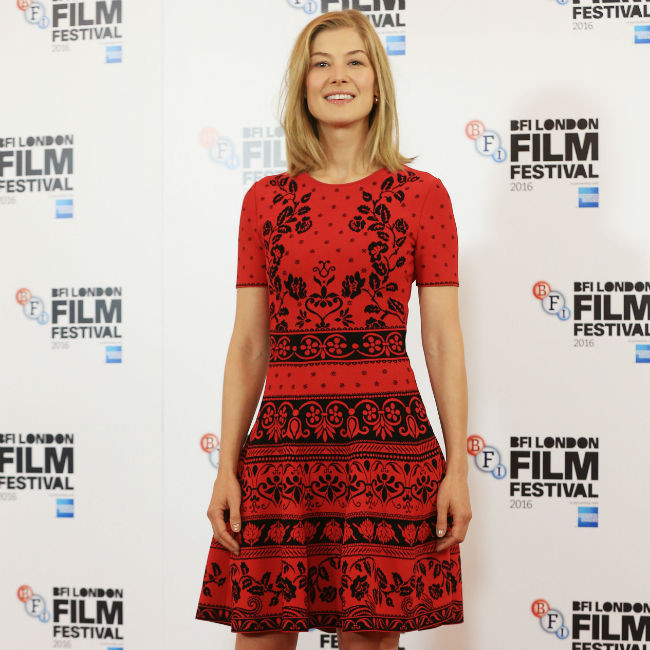 Rosamund Pike believes that her ruthless 'I Care A Lot' character would be a good match for her 'Gone Girl' alter ego.

The 42-year-old actress portrays Marla Grayson, a woman who funds a lavish lifestyle by deceiving the elderly out of their savings, in the new movie and feels that her character could pit her wits against Amy Dunne – her devious character in David Fincher's thriller.

Asked which of the characters would fare against each other, Rosamund told CinemaBlend.com: "It could be that Marla comes out on top, because Amy is a meticulous planner. Amy needs to have everything prepared in advance, down to the last tee. She has everything worked out, in the most incredible way. But Marla can respond and think on her feet. She's more of the sort of street fighter.

"So, it depends on how much preparation Amy had had. If Amy had full preparation, I think Amy would win. If she had less time to prepare, then Marla would win."

Rosamund recently revealed that she hoped to "unsettle" audiences with 'I Care A Lot' and admits that she was attracted to the film as it would make viewers feel uneasy.

The 'Radioactive' star said: "I've always been interested in the idea of being unsettled.