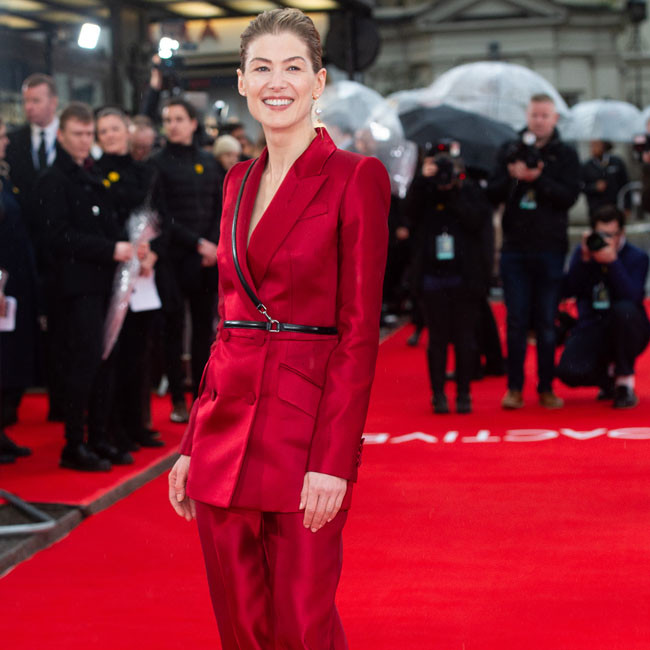 Rosamund Pike wants to "unsettle" people with her new movie.

The 42-year-old actress portrays Marla Grayson – a polished woman who funds her lavish lifestyle by manipulating the elderly out of their savings – in 'I Care A Lot' and she admitted one of the attractions to the movie is being able to make people uneasy because it's a feeling she "likes".

She told The Sunday Times Style Magazine: "I've always been interested in the idea of being unsettled.

Rosamund was thrilled to land the role because she'd wanted to explore a character on a "despicable" journey for some time but didn't think it was the sort of film ever written for women.

She said: "I remember watching 'The Wolf of Wall Street' and thinking how interesting it was that this despicable trajectory was so fun to watch, and why has no one written that kind of character for a woman?

"When Marla came along it was like, 'My God, someone has answered my prayers, here she is, flesh and blood.' "

For research, Rosamund studied TED talks by Elizabeth Holmes – whose company Theranos was valued at billions before her fraudulent activities were exposed – and Soul Cycle classes because she'd never tried spinning before.

She said: "I was interested in this predatory stance on the bike. I thought it was useful for Marla. I took her self-confessed lioness status as a cue for her physicality."