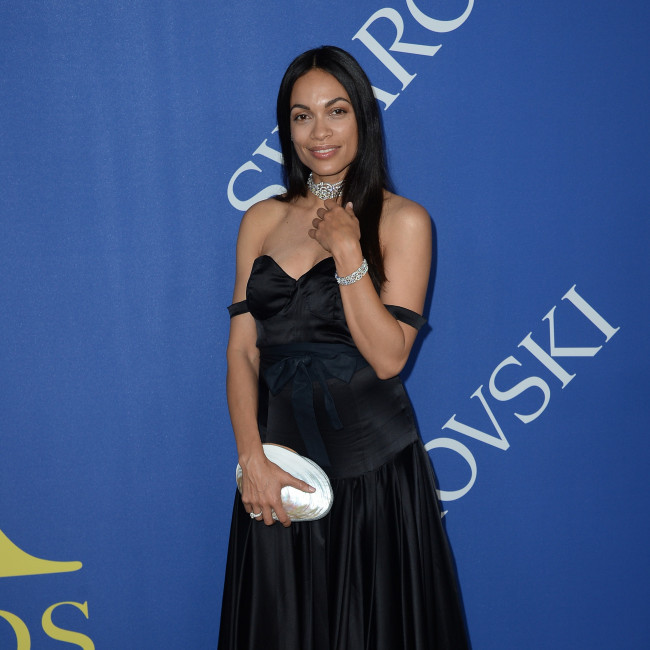 The 42-year-old actress - who plays Jedi Ahsoka Tano on Disney Plus' 'The Mandalorian' - has landed a part in the upcoming live-action Disney remake, Deadline reports.

The latest casting news for the film comes hot off the heels of Owen Wilson being confirmed.

The 52-year-old actor - who voices Lightning McQueen in Disney Pixar's 'Cars' franchise, and Mobius in the 'Loki' series on Disney Plus - also has a currently unknown role in the upcoming flick.

The pair join Tiffany Haddish and LaKeith Stanfield in the movie, which is based on the ghost train attraction at the Disney theme parks.

The 'Girls Trip' star and the 'Knives Out' actor are set to play a psychic who can communicate with the dead and "“a widower who once believed in the supernatural but is now a rather lifeless tour guide in New Orleans’ French Quarter", respectively.

Justin Simien is helming the flick and Katie Dippold is penning the script.

Before her role was unveiled, Tiffany hinted she was ready for a Disney project.

Speaking on the red carpet at the 'Jungle Cruise' premiere at Disneyland, she said: "I’m a huge Disney fan. I watched all Disney movies coming up… I love me some Disney.”

Disney recently had a hit at the box office with 'Jungle' Cruise', which is also inspired by the famous Disneyland ride of the same name.