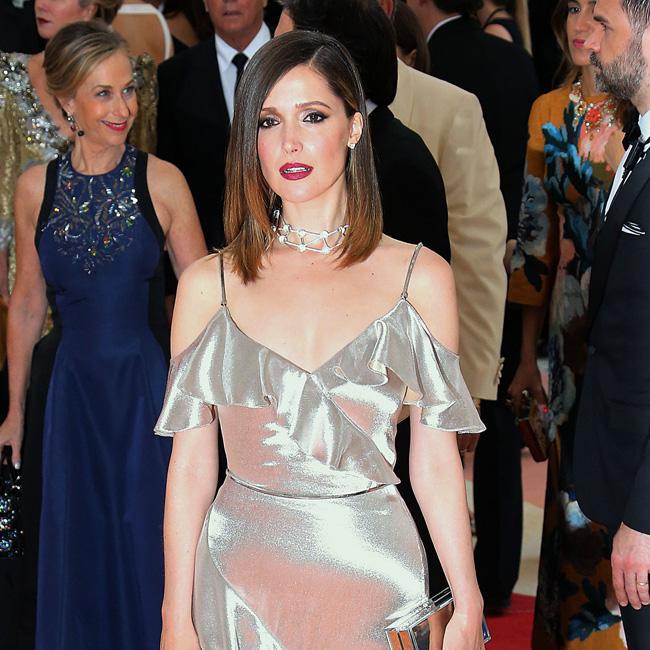 The 40-year-old actress was tasked with licking the actor's face during their first scene together in the political satire 'Irresistible', and she found it an uncomfortable experience because of her admiration for her co-star.

Rose told Backstage: "That was my first scene. I was so nervous. I'd just met Steve. I was absolutely terrified thinking, 'How am I going to do this?'

"I mean, can you imagine trying to do that scene now [amid the coronavirus pandemic]?"

Despite her nerves, Rose admitted Steve couldn't have been any "more sweet or professional" during the shoot.

'Irresistible' was written and directed by Jon Stewart, who recently insisted comedy shouldn't be seen as a cure for societal problems, like racism.

Speaking in reference to the Black Lives Matter movement, he said: "I also believe that it's the least efficacious agent of change.

"So while I think it will always be there, I also think it's what you're seeing now - direct action in the streets brings about change."

Jon also claimed that making the movie was a much easier task than hosting 'The Daily Show'.

Asked which was tougher to make, he said: "Hosting a show, no question. No question. You're talking about 16 years.

"Now, if I had to work on this movie every day for 16 years then I'd probably say that's gruelling too, but the one thing you get when you're doing a daily talk show is it's not just all foreplay.

"The film has a different feel, you're working and working, but you don't get that thing you get on a television show, which is the performance and the audience right there for you."