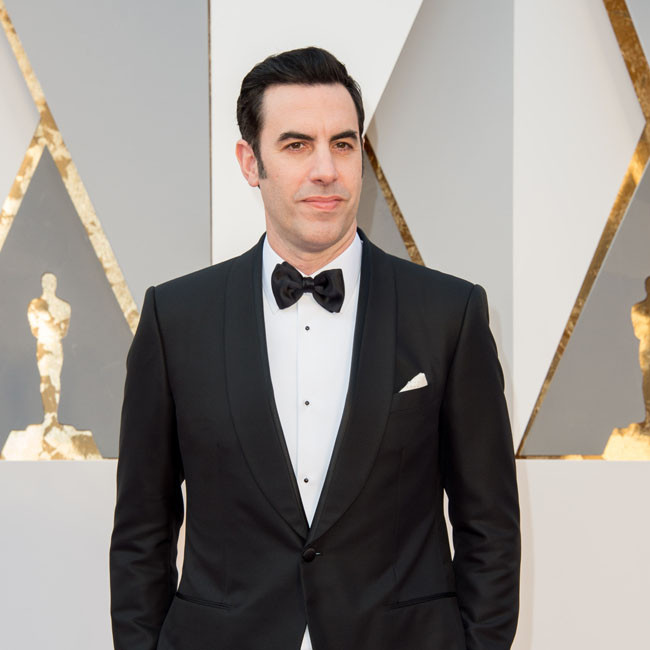 Sacha Baron Cohen feared for his life while making 'Borat 2'.

The 48-year-old comedy star has reprised the character for a second movie, following 2006's 'Borat: Cultural Learnings of America for Make Benefit Glorious Nation of Kazakhstan', and Sacha has admitted that making the new film was even more dangerous than before.

He shared: "While filming my latest 'Borat' film, I showed up as a right-wing singer at a gun-rights rally in Washington State. When organisers finally stormed the stage, I rushed to a nearby get-away vehicle."

However, Sacha's attempts to leave were thwarted by an angry crowd who "started pounding on the vehicle with their fists".

Writing in Time magazine, the comedian added: "Under my overalls, I was wearing a bulletproof vest, but it felt inadequate with some people outside toting semiautomatic weapons. When someone ripped open the door to drag me out, I used my entire body weight to pull the door back shut until our vehicle manoeuvred free."

Meanwhile, Sacha has insisted that his comedy can be more powerful than it initially appears to be.

He said: "A lot of my comedy is uncomfortably pubescent. But when it works, satire can humble the powerful and expose the ills of society.

"As Abbie Hoffman, who helped lead the 1968 protests against the Vietnam War during the Democratic convention in Chicago, liked to say, 'Sacred cows make the tastiest hamburger.' By getting people to reveal what they really believe, I have at times exposed the ignorance, bigotry and conspiratorial delusions that often lurk just below the surface of our modern lives."