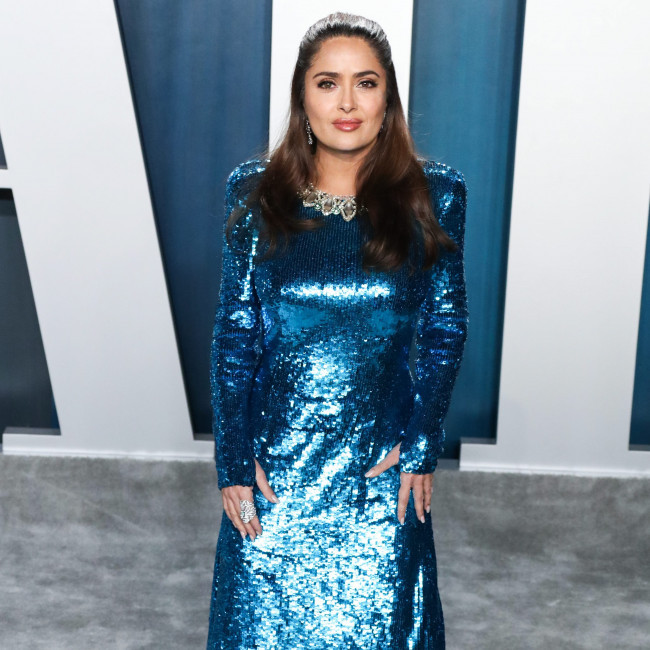 Salma Hayek has signed up with Marvel for "multiple" movies.

The 55-year-old actress - who makes her Marvel Cinematic Universe debut as Ajak in 'Eternals' - has confirmed she could reprise the role in future blockbusters, but insisted there's no guarantee.

Appearing on 'Smallzy's Celebrity Small Talk', she coyly said: "I did sign multiple movie deals... That doesn't mean they're going to put me in it!"

Hayek is having to get used to the franchise's top secret way of working, and she admitted it can be "so extreme" keeping everything under wraps.

She added: "Nothing I could have anticipated, it was kind of funny!

Meanwhile, she's also learned to cope with Marvel's passionate fanbase, even though they "terrified" her at first as she tried to wrap her head around the whole situation.

She said: "Oh yes! They terrified me at the beginning.

"They did, because when we went to Comic Con, I've never been a theatre that had so many people inside, and they were so passionate about being there, getting all the new details, anything they could get on the future of the Marvel Universe."

However, she admitted her main focus was not leaving anyone disappointed, especially knowing how her character had been changed from the source material.

She explained: "They are so loyal and so passionate, and it makes you think, 'Oh boy, I hope I don't disappoint them!'

"Especially because I was a man in the comics, so I confess I was a little nervous. I wanted them to be happy, you know?"