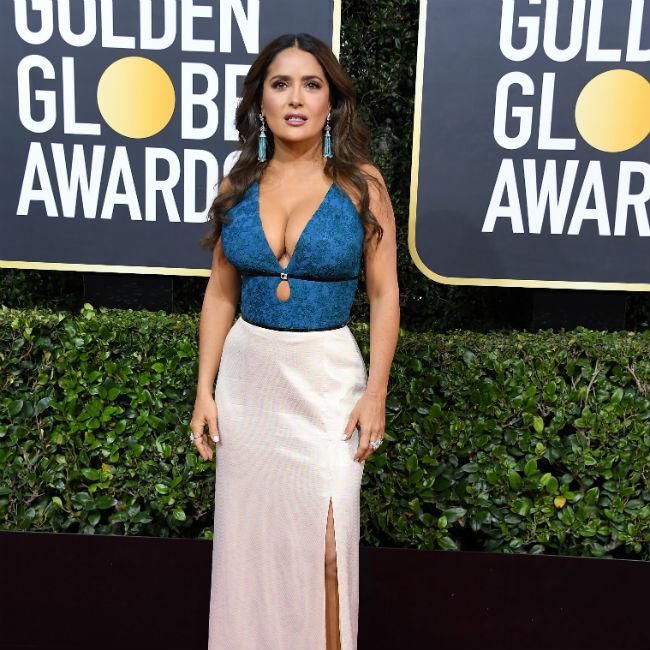 Salma Hayek feels "invigorated" by the way directors are approaching her in her 50s.

The 54-year-old movie star started her career trying to get the attention of filmmakers and convince them to cast her in their movies, but after 32 years in the industry, she is delighted they are finally approaching her for roles.

She told OK! magazine: "It really invigorated me that they are finding me. I always found them. But they didn't want me. And that now they're coming to me, that's what's been really invigorating at 53.

"It's difficult to make sense of it, you know? But that's what's been really strange. And you know what? Strange things happen to strange people."

Hayek rose to fame in the Mexican telenovela 'Teresa' before moving to Los Angeles to pursue a big screen career.

However, when the Hollywood actress first started out in 1988 she had no idea how things would end up.

She believes any struggles over the years have given her the possibility to choose the right path, having dubbed her life "completely unimaginable".

She explained: "The things that have happened in my life are completely unimaginable. Even in my greatest ideas of my most extraordinary destiny, I never imagined how I feel right now.

"It gives you the possibility to take roads that you never wanted to take, and you have the adventurous spirit to go and discover instead of planning so much. You may end up on roads that are much better than in your imagination."