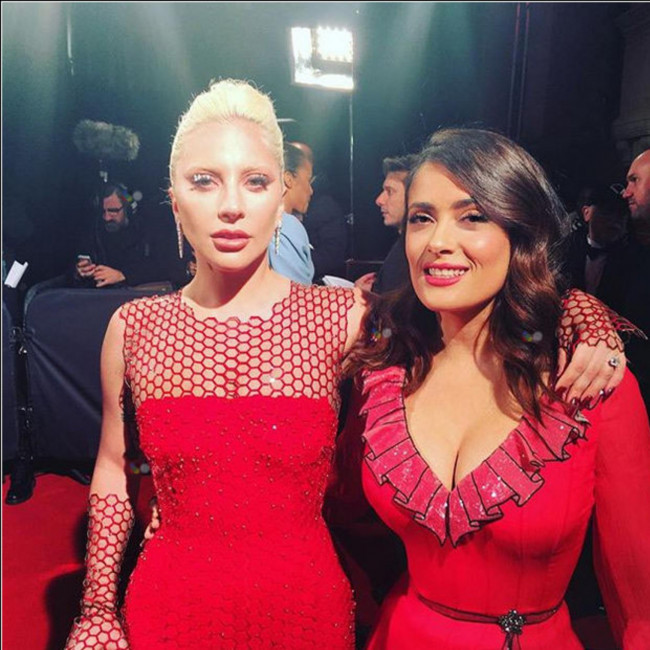 Salma Hayek has hailed her 'House of Gucci' co-star Lady Gaga as an "incredibly talented" actress.

The 'A Star is Born' actress stars in the hotly-anticipated Sir Ridley Scott movie as Patrizia Reggiani, fashion trailblazer Maurizio Gucci's ex-wife who was convicted of orchestrating his murder after he had an affair.

And Salma, who portrays Pina Auriemma, a close confidante of Patrizia (Gaga), has gushed over how "professional" and "extraordinary" the 'Stupid Love' hitmaker was on set and heaped praise on her "prefect" accent.

She said of working with the 35-year-old Grammy-winner on the upcoming true crime drama: "We were talking on the phone and she was already Patrizia. Her accent was perfect.

"I think we had a lot of fun reliving scenes that are not even in the movie and she is the ultimate professional, and I could not wait to get on that set.

"We really couldn't wait to get on the set and just do it and do it together and play off of each other."

The 54-year-old Mexican star admitted Gaga has the "extra abilities" that not every actress has.

She added to Variety: "And she has on top of all that, extra abilities that not every brilliant actor has, which is she's good with the accent.

"Of course, she has an amazing ear. She is extraordinary improvising, and not everybody has that. She really embodies the character.

"Her level of commitment — I've only seen maybe once or twice somebody commit to a character like she does. And she's also a great team player."