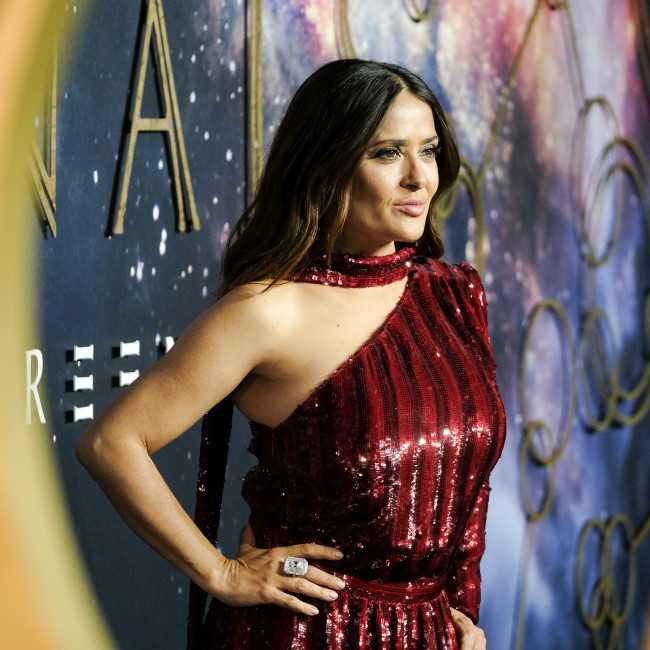 Salma Hayek is 'grateful' Eternals is her first superhero movie

Salma Hayek is "so grateful" she didn't land a superhero role until 'Eternals'.

The 55-year-old actress - who plays Ajak in the new Marvel blockbuster - described the part as "an honour" and admitted being cast in the movie means more because she has been passed on for so many opportunities in the past.

She told Digital Spy: "I have this strange sensation that this is the film that I belong to.

"I don't know what it says about me, maybe because I'm a rebel and I like to fight for different things and this is so special. It's an honour.

"I used to complain like, 'How come they never call me for this film? I'm never going to be a superhero...' and I'm so grateful that nobody called me.

"Thank you for not thinking about me because then I wouldn't have been asked [for this]."

The film was shot on location in Camden and elsewhere across London, and shooting without a green screen had a big impact on the cast.

Hayek added: "It was part of the beauty of shooting in real locations. It helps a lot. It creates an atmosphere.

"I've got to say though, one thing that was surprising to me, a lot of that was shot around London.

"There's so many beautiful woods in London, there's so many and so different one from the other. I live here and I was like, 'Wow, I don't know this place at all.' "

Similarly, her co-stars Kit Harington (Dane Whitman) and Richard Madden (Ikaris) loved the opportunity to shoot in such a familiar area.

Madden said: "That was surreal on set. We were standing in the street going, 'Are we at work now because we got drunk around here and hung out there quite a lot'.

"It was really nice because we're all friends from before this movie anyway, so it was really pleasant to be in Camden.

"I got to hang off wires above the bridge in Camden and I've walked this bridge a hundred times, but I've never seen it from this angle."

The full Richard Madden, Kit Harington and Salma Hayek interviews can be read on the Digital Spy website here: www.digitalspy.com/movies/a38121663/marvel-eternals-camden-kit-harington-richard-madden