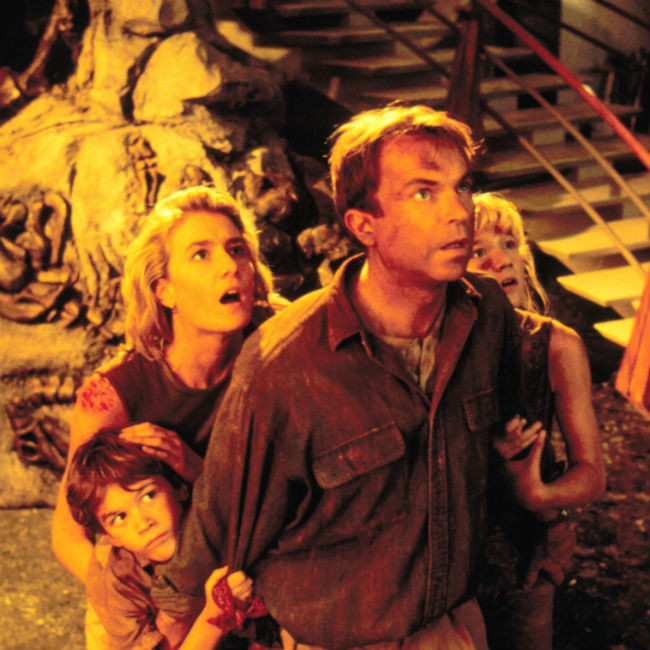 The 73-year-old actor is reprising his role as Dr. Alan Grant in the upcoming movie and revealed that he closely bonded with co-stars such as Chris Pratt and Bryce Dallas Howard during the shoot in the UK last year.

Sam said: "It was an extraordinary time. We were pretty much confined to quarters for the duration and it brought us all close together than we thought possible."

The star – who is returning to the dinosaur action franchise alongside original 'Jurassic Park' cast members Jeff Goldblum and Laura Dern – is pleased that 'Jurassic World: Dominion' is less reliant on CGI and more on the "massive puppets" used in the original trilogy.

Speaking to The Times newspaper, he said: "It's been 20 years between this one and the last one I did ('Jurassic Park III'), but those 20 years have been full of dinosaur questions."

He continued: "That's one of the reasons the first one worked so well – you had these tactile creatures that were right up close to you.

"Sometimes when things are being obliterated I just want to go to sleep."

Neill also opened up on his movie 'Rams' – in which he stars alongside Michael Caton as a pair of sheep breeders whose flocks are ravaged by a virus and a forest fire – and described it as "curiously prescient" amid the COVID-19 pandemic.

He said: "It was curiously prescient, that film. A year after we finished it those terrible fires ravaged Australia and then a year after that the world was dealing with a pandemic."