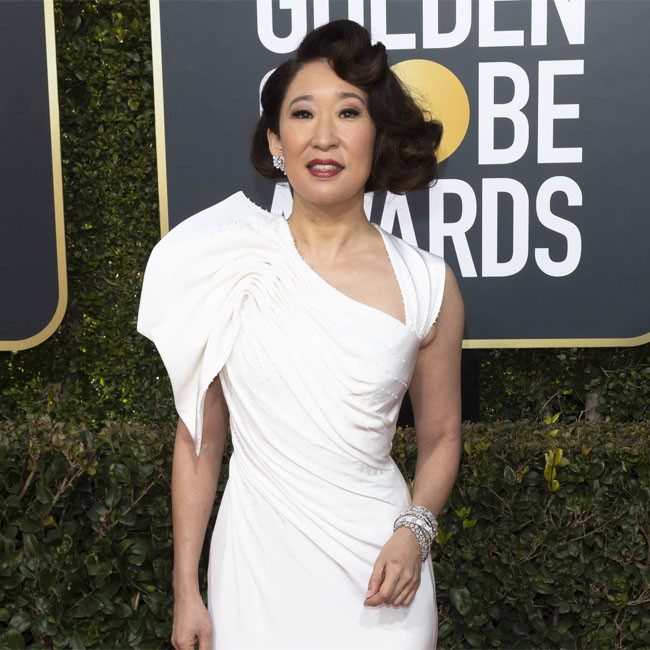 Sandra Oh and Awkwafina are to play sisters in a new Netflix comedy.

The 'Killing Eve' actress and the 32-year-old star will join forces for the new movie, which is being produced by Jessica Elbaum for Gloria Sanchez Productions.

Sandra will play a lonely recluse whose life is transformed when her train-wreck sister attempts to mend their relationship by helping her fulfil a lifelong dream to appear as a contestant on her favorite game show.

Jen D'Angelo – who has penned the upcoming 'Hocus Pocus' sequel for Disney+ - has written the script and will also produce the movie.

It marks the latest project to be taken on by Sandra, 49, as she is also set to star in the supernatural horror 'Umma'.

'Umma' – the Korean word for "mother" – follows Amanda (Sandra) and her daughter living a quiet life on a farm in America when the remains of her estranged mother arrive from Korea. Amanda then becomes haunted by the fear of turning into her parent.

It tells the story of a boy in San Francisco who meets a shape-shifting talking tiger named Mr. Hu. Under his tutelage and protection, the boy is introduced into a magical world that includes a dragon and a clan of evil-doers.

The former 'Grey's Anatomy' star will play Mistral, a friend of the tiger who is an exiled dragon now living in San Francisco.

Awkwafina's future projects include voice roles in Disney films 'The Little Mermaid' and 'Raya and the Last Dragon' and Marvel flick 'Shang-Chi and the Legend of the Ten Rings'.