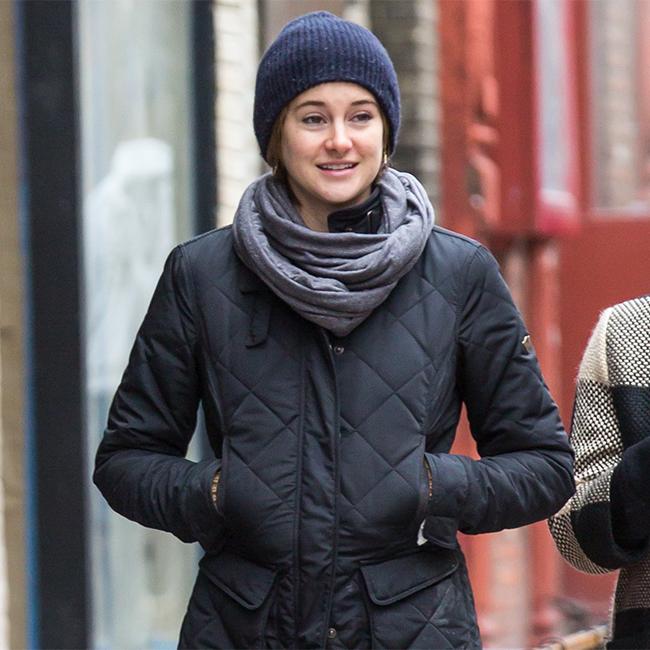 Shailene Woodley has insisted there are no "acted performances" in 'Endings, Beginnings'

The 28-year-old singer portrays Daphne, who is torn between Jack (Jamie Dornan) and Frank (Sebastian Stan), despite still experiencing the effects of a bad break-up and other trauma, in the movie and she admitted the fact the entire project was improvised made it feel more "authentic and real" than anything she's ever done.

She said: "[It's] incredibly authentic, real, raw and stripped-down -- more so than any other project I've ever been a part of.

"Because the entire thing was improvised, there was a sense of immediate sensitivity and vulnerability that had to exist between ourselves with ourselves and ourselves with each other.

"Every single day, we'd go home and text each other, 'Wow, we got through another day', because the depth of conversation, feeling and emotion that we were all experiencing with one another was very real.

"What you see is not an acted performance by any of us; I think it's truly Shai, Sebastian. Jamie, Lindsay (Sloane) -- all of these actors, speaking within the confinements of a particular character, but speaking from our own experiences and our own hearts."

And Shailene thinks working on a small set with director Drake Doremus helped her performance be more "vulnerable and sensitive" because she had so much trust in him.

She told The Hollywood Reporter: "Generally, I find that when the director has the most control, that's when the most creative outcomes can be accomplished. On a lot of studio films, the director doesn't have complete control, meaning there's very aggressive producers or aggressive studio execs.

"Working with a director like Drake on a small film -- where he really is in charge and in control of the entire thing -- allows for a very vulnerable and sensitive performance. You are in full communion and in full trust with the leader of this experience that you're on -- versus trying to submit yourself vulnerably to fifteen different leaders on studio films."