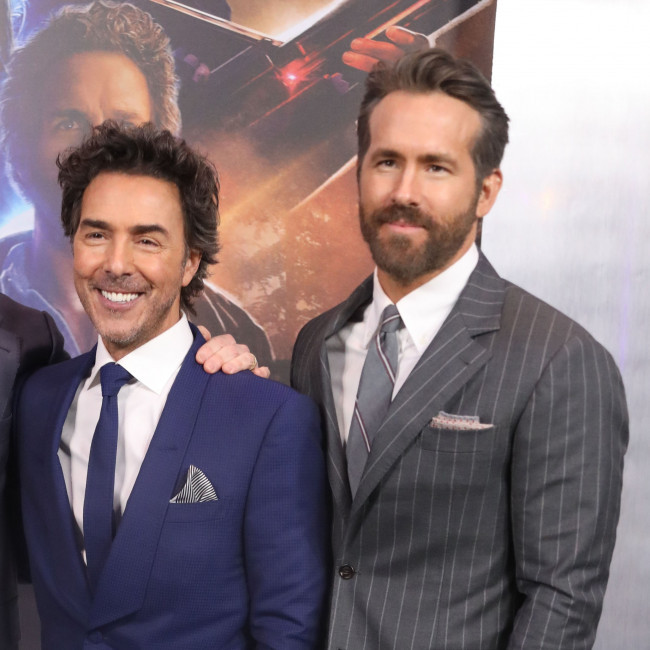 Ryan Reynolds - who plays the titular wise-cracking antihero in the blockbuster Marvel franchise - has confirmed he's reuniting with the 'Free Guy' and 'The Adam Project' helmer on the third movie.

The 45-year-old actor tweeted a snap from 'Deadpool' and tweeted: "The third film in my Shawn Levy trilogy will be a tad more stabby."

Ryan has been working on the script with 'Bob’s Burgers' writers the Molyneux sisters - Lizzie Molyneux-Loeglin and Wendy Molyneux - and previously admitted he was having "a lot of fun" in their regular sessions.

He said: "It’s something that is just a daily process. Writing is kind of like that, you’ve gotta allot time to do it and walk away, and I’m working with the Molyneuxs on it, it’s been great.

“They’re incredibly talented and so, so smart. They so understand that world and know how to zig when everyone’s expecting a zag, so it’s been a lot of fun.”

Meanwhile, Ryan just admitted he has no interest in directing himself.

The Hollywood star doesn't fancy following in the footsteps of his wife Blake Lively – who helmed a music video for Taylor Swift – as he thinks storytelling and producing are more important.

"And I get to work with guys like Shawn Levy. I don't know why I would try to think I can do that on my own. That would be idiotic."

The 'Just Friends' star enjoys the process of working with a director and wouldn't want to deny himself that chance by getting behind the camera.

Ryan explained: "I also just really feel like, why would I deprive myself of that amazing collaborator? I just think that's so important in everything that I do. I don't ever pretend to be a person who's just unilaterally deciding this or that.

Shawn also explained how Ryan is deeply invested in the creative process during the making of a blockbuster.

The filmmaker said: "I really have to say, obviously Ryan has been a famous actor and a star for a long time, but I've never had an actual fellow producer alongside me who was as additive and is as additive to every step of the process as Ryan."