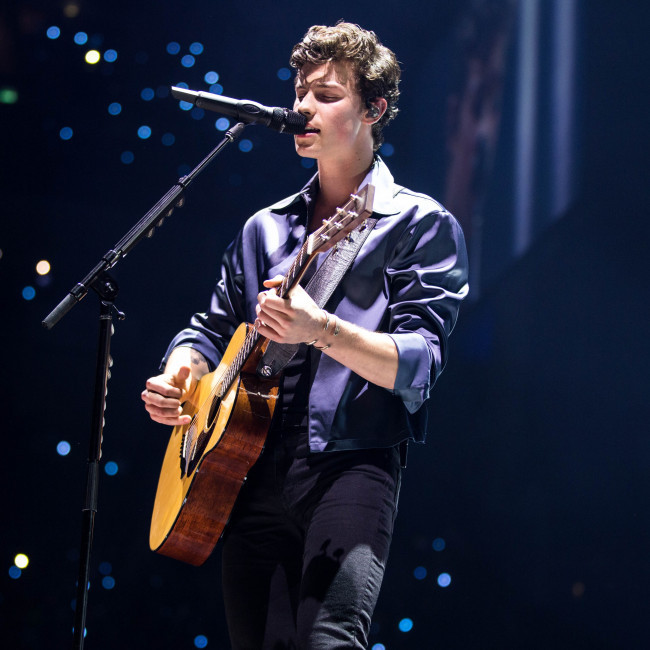 The 23-year-old pop star is set to voice the titular character in Will Speck and Josh Gordon's big-screen adaptation of classic children's tale, 'Lyle, Lyle, Crocodile', by Bernard Waber.

The 'Nothing Holding Me Back' hitmaker joins a star-studded cast, including Javier Bardem, Constance Wu and Winslow Fegley.

The plot is as follows: “Published in 1965, the venerable children’s tale centers on the title reptile who lives in a house on East 88th Street in New York City. Lyle enjoys helping the Primm family with everyday chores and playing with the neighborhood kids. He’s the happiest crocodile any home ever had — until one neighbor insists that Lyle belongs in a zoo. Mr. Grumps and his cat, Loretta, don’t like crocodiles, and everything Lyle does to win them over seems to go wrong. It will take all of Lyle’s charm — and courage — to reveal the hero, and friend, behind the big crocodile smile.”

The motion picture is slated for release on November 18, 2022.

Last month, Shawn was forced to postpone the UK and European leg of his 'Wonder' world tour by more than a year.

The 'Stitches' hitmaker was supposed to hit the road in March this year for a series of concerts but due to uncertainty caused by the coronavirus pandemic, he and his team have made the "really difficult decision" to delay the start of the tour until May 2023.

He said in a statement: “This was a really difficult decision to make, but unfortunately we have to reschedule the UK & EU tour from 2022 to 2023.

"With all of the logistical, travel and venue restrictions still uncertain in Europe due to the pandemic, we were forced to make the tough decision of moving the tour leg to the end of the tour when we are confident we are able to travel and can put on the best possible show we want to, safely and at full capacity."

While he won't be performing the shows this year, Shawn is still keeping busy.

He added: “I’m so sorry I won’t be able to see you guys sooner. But I am working on a ton of new music for you all ! I’m excited for you to hear.”

The Canadian star will now kick off his world tour in June with the first of two North American stints.