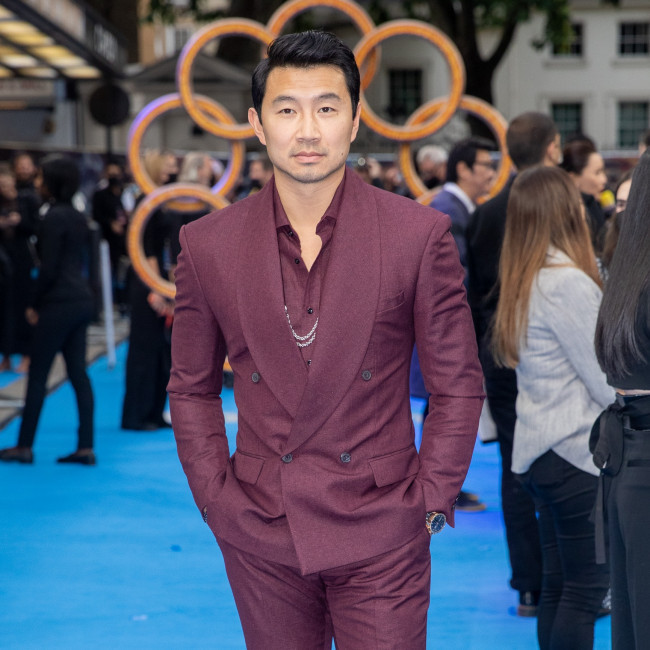 Simu Liu is excited to be entering his "villain era".

The 'Shang-Chi and The Legend of The Ten Rings' star will play the antagonist in upcoming Netflix sci-fi movie 'Atlas' - which will also star Jennifer Lopez, Sterling K. Brown, and Abraham Popoola - and he couldn't be more thrilled to be part of the "phenomenal" cast.

Sharing the casting announcement on Twitter, he wrote: "Excited to be joining this phenomenal cast of humans as I ENTER MY VILLAIN ERA MUAHAHAHAHAHAHAHAHAH (sic)"

Brad Peyton will direct the drama which tells the story of an intelligence analyst who gets stranded on a distant planet and must learn to fight inside a military-grade mech suit in order to survive.

Aron Eli Colette has written the screenplay for the movie and worked off an original script by Leo Sardarian.

'Atlas' is part of the creative partnership between Lopez's Nuyorican Productions and Netflix which sees J.Lo, her producing partner Elaine Goldsmith-Thomas and manager Benny Medina working on a slate of films, TV series and other content with the streaming giant.

The partnership has a focus on projects that support female actors, writers and filmmakers.

Simu has been cast as a Ken doll in the new 'Barbie' movie and revealed that he has been waxing his body for the highly-anticipated new flick, which is also set to star Margot Robbie and Ryan Gosling.

The 33-year-old actor said: "Waxing has been an education to say the least. It was one of the most painful experiences of my life. I have such a newfound admiration for the incredibly brave women who go through this on a monthly basis."

Little is known about the plot of the 'Barbie' movie and Simu is a fan of how movie bosses have approached the project.

He said: "Honestly, the discourse online is giving me life. With every casting announcement or bit of news, they’re like: ‘What is this?’ And that’s perfect – the less you know about it the better."