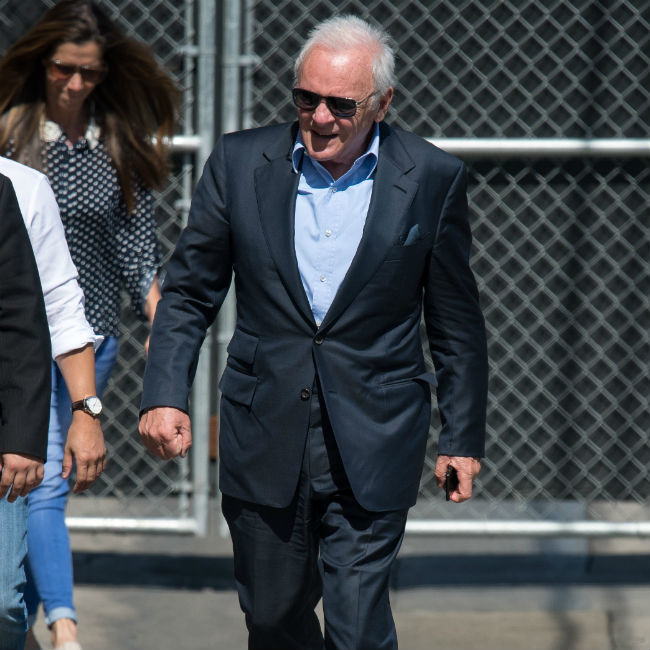 Sir Anthony Hopkins’ character in ‘The Father’ was given his name so the actor didn’t feel “protected”.

The 83-year-old actor stars as the dementia-stricken titular patriarch in Florian Zeller’s cinematic adaptation of his own stage play and he admitted changing the character’s name from Andre was a deliberate move to help the screen legend feel more “connected”.

Florian said: “It was important to give the character the same name as him. I didn’t want him to feel protected by the character, by fiction. I wanted him to be connected to his emotions, to his feelings of mortality.”

The filmmaker was delighted to get the ‘Silence of the Lambs’ star on board for the movie because he’s known for roles where he’s always “in control” so he felt there would be a bigger impact on the audience.

He told The Times newspaper's Saturday Review supplement: “We know him for all these roles, always so intelligent, always so in control of the situation. And I thought it would be disturbing to see that man lose control. I didn’t come to him for what we know he can do. The challenge was to go to a new and vulnerable place.”

Although most of the movie is set inside one flat, there are subtle changes throughout in order to confuse the viewer and make them understand more how it feels to suffer with dementia.

Florian explained: “I wanted ‘The Father’ to give the experience of what it means to lose everything, including your own bearings as a viewer. But then I had to find a way to make it even more immersive and even more subjective. And I thought that using the grammar of cinema made that possible.

“In a studio you can easily remove a wall, change the proportions, change the colours. So you start out thinking you know where you are, but we move things around . . . the apartment becomes Anthony’s brain in a way.”