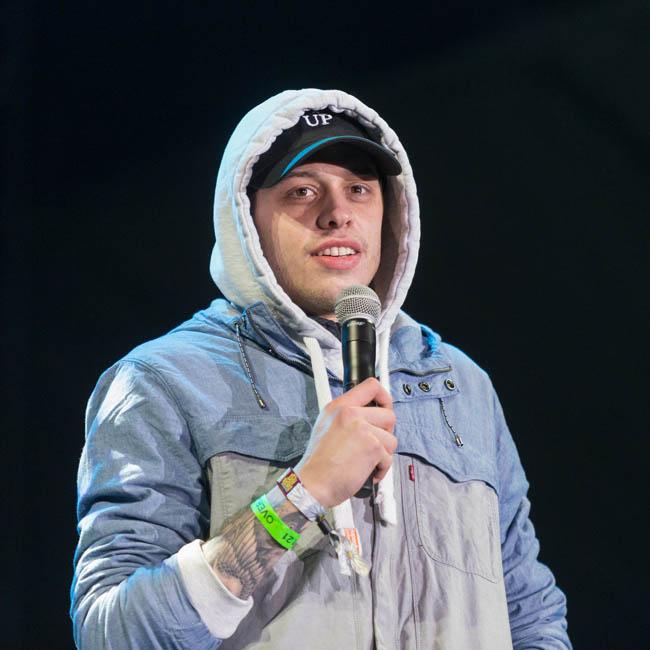 'Saturday Night Live' pals Pete Davidson and Colin Jost are set to appear on the big screen together in wedding comedy 'Worst Man'.

The comedy duo will be back together for the upcoming flick from Universal Pictures, which was pitched by Colin - who is engaged to Scarlett Johansson - and Matthew Bass and Theodore Bressman.

As of yet, the movie doesn't have a director, however, SNL's Lorne Michaels is producing and Universal's senior executive vice president of production, Erik Baiers, will oversee the whole thing.

As per Variety, the film follows "a soon-to-be-married couple and the family dramatics that ensure just weeks before the wedding."

Pete - who was previously engaged to pop star Ariana Grande - began his stand-up career when he was just 16 years old and went on to become one of the weekly programme's youngest ever cast members when he joined at the age of 20 in 2014.

Pete, 26, can currently be seen in 'The King of Staten Island', which he also co-wrote.

Although the story - about a man still coming to terms with the death of his firefighter father 17 years ago - was "really hard" to tell as his own dad, Scott Davidson, died in service during the 2001 terrorist attacks in New York, he recently admitted he was thankful for the support of director Judd Apatow.

He said: "It was really hard because it's stuff I would share with my therapist.

"But Judd really cares, and the hard work that he was doing to find out about my life made me feel so comfortable. He was like, 'I'm going to need pictures of your dad.' I'm like, oh, no."

Meanwhile, Colin has one other film in the pipeline, the 2021 live-action/animation hybrid 'Tom & Jerry' film.