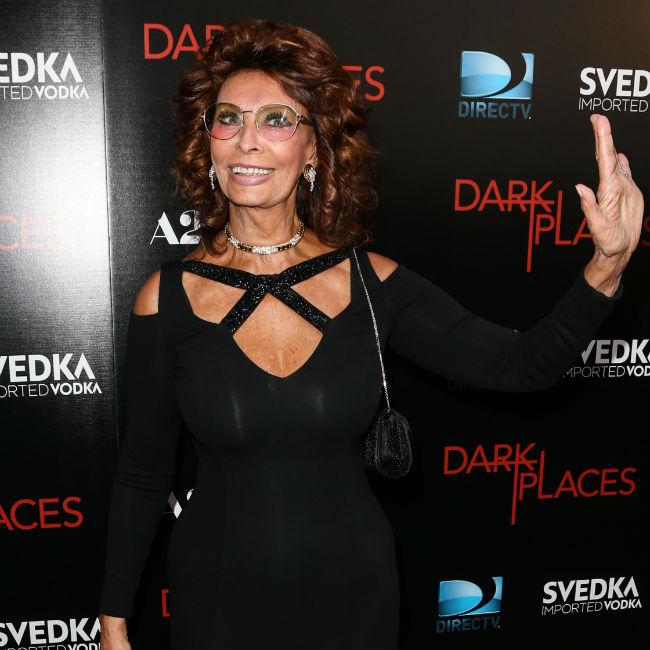 Sophia Loren is set to star in her first movie in more than a decade.

The 84-year-old screen legend will play a disabled woman - who is wheelchair-bound - who cares for the children of sex workers in 'The Life Before Us', which is being helmed by her 46-year-old son Edoardo Ponti.

The Italian actress - who also has 50-year-old Carlo Ponti Jr. with her late husband Carlo Ponti Sr. - was seen filming in the chair in Bari, Italy, this week.

This will be Loren's first feature length since 2010's TV film 'My House Is Full of Mirrors'.

The 'Houseboat' star - who started her film career at the age of 16 in 1950 - previously opened up about how she was told to have cosmetic surgery to fix her "long nose" by a movie executive.

She said: "I always tried not to listen to these people.

"They were saying that my nose was too long and my mouth was too big. It didn't hurt me at all because when I believe in something, it's like war. It's a battle."

Sophia also revealed that her producer husband - who passed away in 2007 - told her it might be best to go under the knife.

She recalled her husband saying: "'You know the cameramen, they say that your nose is too long. Maybe you have to touch it a little bit.'

"And I said: 'Listen, I don't want to touch nothing on my face because I like my face. If I have to change my nose, I am going back to Pozzuoli [her home town in Italy].'

"At that time, they used to do noses like a French nose with a little tip at the end - they liked that. Can you imagine me with a nose like that?"