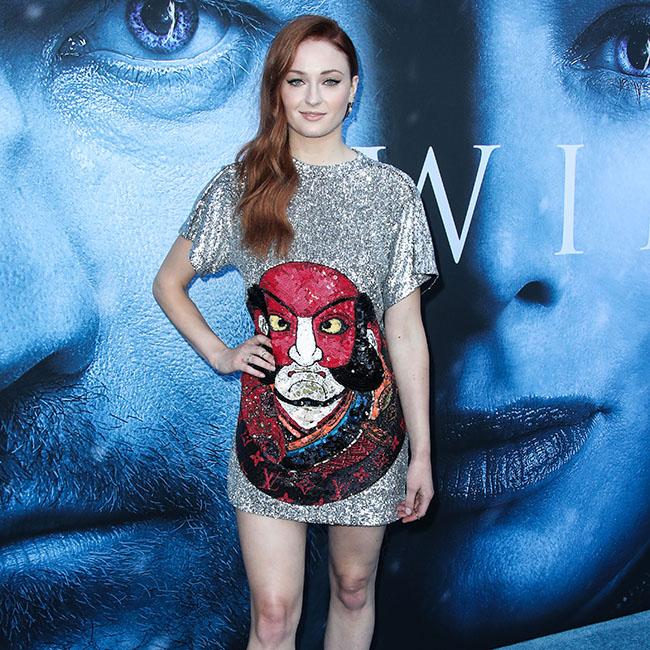 The 23-year-old star previously revealed she experienced what it was like to hear voices in her head for research for the part of psychic Jean Grey, who gets possessed in the next instalment of the blockbuster superhero franchise.

And Sophie - who has been open about her own battle with depression and anxiety - says she also came away with more knowledge on how having a family member or close friend with mental illness can impact the lives of the people around them.

She told the May issue of Harper's Bazaar UK: "The biggest thing I took away from this movie is what mental health problems can do to family and friends because it is 'too painful' to see.

"I have had a lot of people close to me who have struggled with their mental health, including myself, so it's something I'm really passionate about."

Sophie - who is engaged to Joe Jonas - also admitted she has been enjoying taking some time out to find what else she is "passionate" about other than being an actress and revealed she is an avid painter and dancer.

She said: "I've been trying to figure out what I like to do for myself.

"It's been 10 years of playing someone else, and doing what I'm told, and now I'm like 'Hmmm. Maybe I should find some hobbies.' I'm passionate about lots of things. I'll sit in my house in New York and paint. And I'm doing ballet again."

Speaking about facing some of the symptoms of schizophrenia herself, she said last year: "As soon as Simon [Kinberg] kind of told me what the movie was about we just started straight away sharing ideas, sharing materials.

"Simon gave me a big, big book on schizophrenia.

"So I used to walk around town with all these voices in my head. Kind of feel it out. And see what it felt like."

Sophie also delved into how sufferers of split personality disorder cope with waking up in the morning and having no recollection of what they did the night before.

She said: "We also explored Multiple Personality Disorder as well.

"And what that feels like to kind of wake up and not know what you did, what happened and that shear panic and how that affects you."