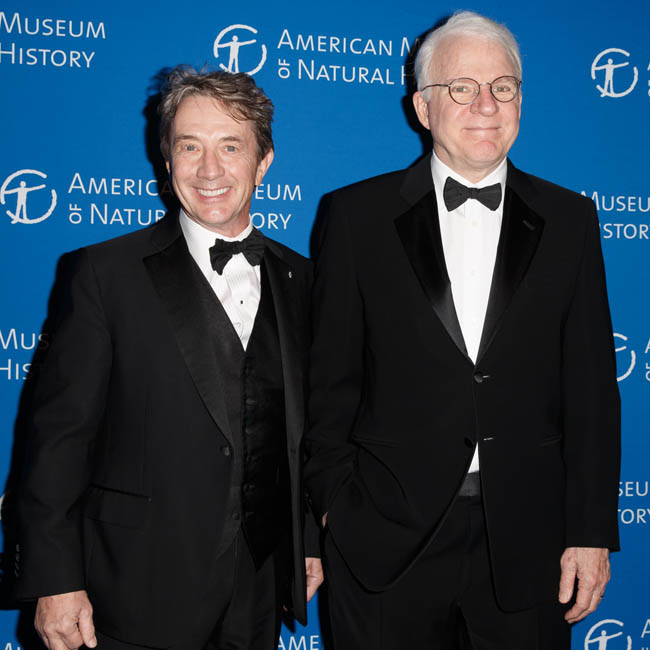 Steve Martin has revealed a poignant scene featuring himself and John Candy was cut from 'Planes, Trains and Automobiles'.

The 76-year-actor featured in John Hughes' 1987 comedy film as Neal Page alongside the late Candy as Del Griffith and revealed how he discovered an unseen sentimental moment between the characters when reading the script recently.

In an interview with The Guardian newspaper alongside comedy partner Martin Short, Steve recalled: "I was looking through the script the other day, because I was finding things that were cut from the movie that were so poignant.

"Right at the end, there's a scene between me and John (Candy) and he explains his life... that scene was a page and a half long in the script and in the movie I think it's cut to three lines.

"But there was such beauty in it and I never understood why John (Hughes) trimmed that scene."

Steve also recalled how he considered the late director Carl Reiner to be a "father figure" after starring in some of his movies – such as 'The Jerk' and 'Dead Men Don't Wear Plaid' – early in his Hollywood career.

He quipped: "Well, I definitely saw Carl as a father figure, but he did not see me as a son figure, because he already had two sons. But I'd watch him in social environments, listen to his attitudes and his speech, and I still hear myself and think: 'That's something Carl would say.'"

Steve and Martin also reflected on their decades-long friendship that has seen them feature in movies such as 'Three Amigos' and 'Father of the Bride' and Short suggested that the pair are "seduced" by each other's humour.

Short, 71, said: "You know, you make movies and you're in each other's lives for a few months, in Yugoslavia or wherever, and then you never see each other again.

"But Steve and I made each other laugh, and we're clowns, so that's a big seductive element. That created a determination to see each other, and then have dinners, and that evolved into taking family vacations together."