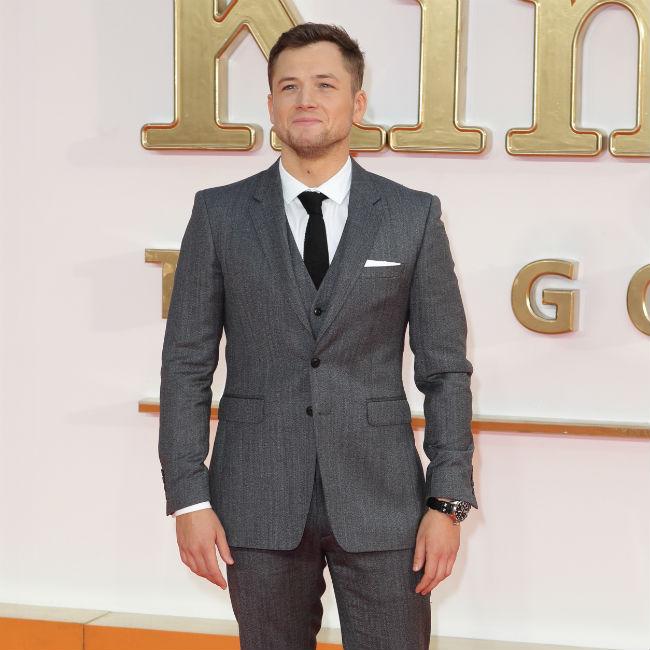 Taron Egerton is to star as Sir Elton John in 'Rocketman'.

The 28-year-old actor has been linked to the starring role in the biopic for a number of months and, according to Variety, he has clinched a deal that will see him play the part of the chart-topping musician.

The Dexter Fletcher-directed film will chart Elton's emergence on the music scene in the 1970s, with Matthew Vaughn and his Marv Films poised to produce the movie, with the help of Elton and his Rocket Pictures partner David Furnish.

Taron and Matthew, 47, have previously worked together on the 'Kingsman' franchise and the 'Eddie the Eagle' movie, while Dexter helmed the film about the British skier at the Winter Olympics.

Elton, 71, made a cameo appearance in 'Kingsman: The Golden Circle' last year, and Taron admitted to being starstruck by the musician.

The actor - who plays Gary 'Eggsy' Unwin in the spy movie - met Elton while he was shooting his cameo appearance in the film, and Taron found the encounter difficult to comprehend.

He shared: "I didn't get to spend that much time with him, but we had one lovely conversation. He's such an icon that you almost forget he is a real person.

"I still haven't processed that I met him."

Taron explained that Elton was lined up to star in the first 'Kingsman' movie back in 2014, and the success of that film convinced him to appear in the sequel.

Taron said: "He was originally supposed to be in the first film. Matthew wanted him and for whatever reason he wasn't able to do it or wasn't sure he wanted to.

"And then Elton and his partner David were huge fans of the first one. And obviously Elton likes a show and a bit of theatricality."